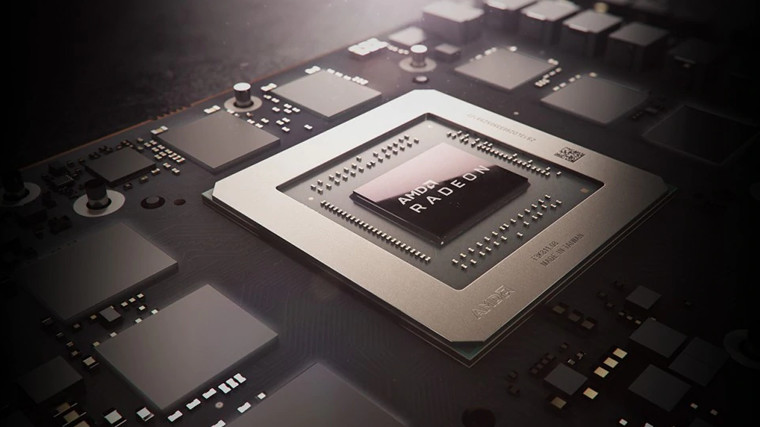 Linux drivers for AMD's upcoming Radeon RDNA 3 GPU architecture suggests that AMD is overhauling the Workgroup Processor (WGP) and moving to four SIMD32 per Compute Unit (CU) up from two SIMD32 per CU on RDNA 1 and RDNA 2. The change in the driver was spotted by Twitter user Kepler.

AMD introduced the WGP with RDNA 1 and each WGP consists of two CUs. Hence RDNA 3 appears to have twice the SIMD32 capabilities compared to RDNA 1 (RX 5000 series) and RDNA 2 (RX 6000) GPUs.

The new WGP approach allows AMD to execute a single instruction in a single clock cycle whereas in previous Graphics Core Next (GCN) architectures, ie, Vega, Polaris, and older, it took four clock cycles to complete one instruction. This is why, the GCN designs were often far more inefficient compared to Nvidia counterparts, at least in terms of gaming.

Therefore, due to this change, RDNA 3 can theoretically execute a single instruction within half a clock cycle compared to one cycle by RDNA 1 and 2. This could potentially lead to a doubling of instructions per clock cycle (IPC) for RDNA 3 in totality if the rest of the architecture also undergoes similar overhauls wherever necessary. And paired with h﻿igher clocks and more CUs, the end-product could be more than double the performance of what the current best Radeon RX 6900 XT offers.

Earlier rumors have pointed towards RDNA 2 being very powerful indeed and the company is purportedly working on a "smarter" Ray Tracing IP 2 to better compete with Nvidia's RTX graphics cards. According to most recent reports, AMD will be launching RDNA 3 alongside Zen 4-based Ryzen 7000 series CPUs starting off with Navi 33.