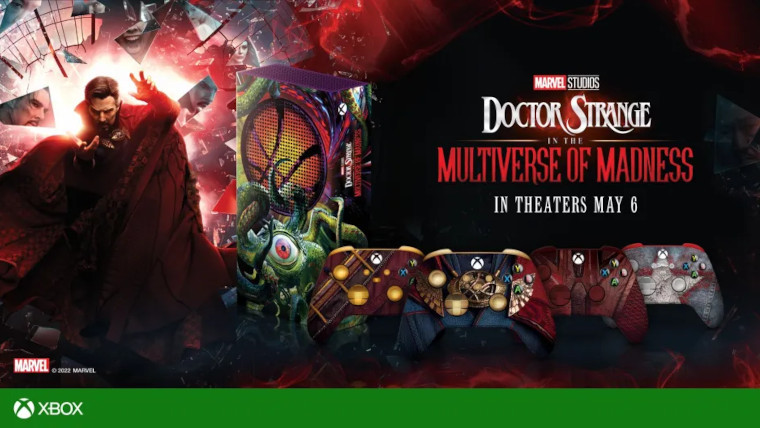 Xbox has announced that it’s giving away a Doctor Strange in the Multiverse of Madness Xbox Series S console to one lucky winner. To enter the draw for the limited edition console and four Doctor Strange Xbox controllers, you just need to follow Xbox on Twitter and retweet the post below.

What kind of sorcery is this?

Follow & RT with #DoctorStrangeXboxSweepstakes for a chance to win an Xbox Series S themed from @DrStrange in the Multiverse of Madness and four controllers themed after the movie's characters.

According to the rules of the draw, you must retweet the promotional post along with the hashtag #DoctorStrangeXboxSweepstakes so it’s probably best to do a quote retweet which is available in the retweet menu. To enter, you must also be 18 or over and be in a supported country or region. The draw will come to a close at 8 p.m. PT on Friday, May 20, according to the official rules, though, the tweet says May 18.

Microsoft said the winner will be contacted by one of its agents via direct message on Twitter within 14 days of the close of the event. If the winner can’t be reached, they forfeit the prize and an alternate winner will be selected. You won't want to miss your chance at claiming the limited edition Xbox though as you’d be saving about $240 for the Xbox Series S console and $236 on the four controllers.

So far, over 23,000 people have entered the competition so the likelihood of you winning is slim, however, the barrier to entry in this competition is so low and the time it takes to meet the criteria is so short that it’s definitely worth doing!