On Friday, BlackBerry launched in the US what may be its last ditch effort to get back into the competitive smartphone race with the BlackBerry Z10. Sales started for the AT&T version of the smartphone that is the first to use the new BlackBerry 10 operating system. 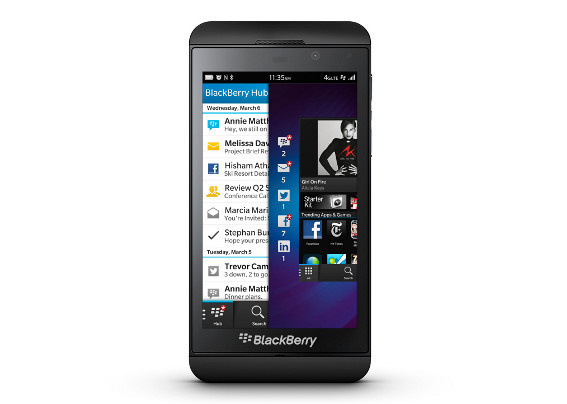 However, the $199.99 smartphone (with two year contract) apparently got off to a very slow start this weekend in terms of sales. Bloomberg reports that, according to information from Goldman Sachs analyst Simona Jankowski, the launch of the BlackBerry Z10 got off to a "tepid" start in the US.

Jankowski stated, "Our retail checks at over 20 store locations since March 22, including at AT&T, Best Buy, and RadioShack, revealed a surprising lack of marketing support and poor positioning of the product. We also saw limited advertising around the launch."

BlackBerry's share price went down over three percent in trading today over the news of the slow US launch of the Z10. Verizon Wireless will start selling its own version of the touchscreen-only Z10 on Thursday in the US and both Sprint and T-Mobile are also supposed to start selling the smartphone in the near future. BlackBerry plans to launch a second BB10 smartphone, one with a QWERTY physical keyboard, sometime later in 2013.