Back in October 2021, Android apps on Windows 11 finally made their way to Windows Insiders. After months of testing, they became available in preview form for the OS too, but only in the U.S. Today, Microsoft has announced that it is expanding this program to more countries.

Windows 11 users in five more countries will now be able to take advantage of Android apps. These include France, Germany, Italy, Japan, and the UK. Although Microsoft hasn't outlined a concrete timeline, it has noted that this should happen by the end of this year. The company has also pointed out that the Amazon Appstore preview will continue growing on a monthly basis. But if you were waiting for official support for Google Play, you'll have to wait longer - or perhaps, forever.

The Redmond tech giant highlighted the early success of its Microsoft Store as well. During the first quarter of calendar year 2022, there was a 50% increase in the arrival of new desktop apps and games on the storefront compared to the same period last year. 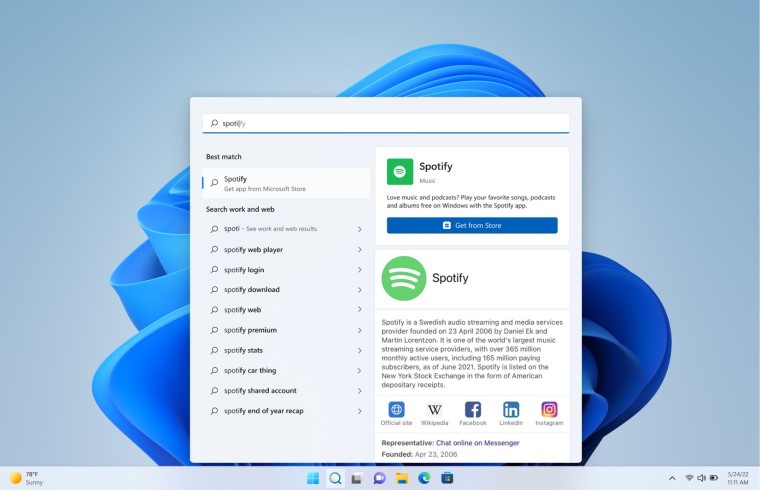 Microsoft also announced new ways to increase discoverability for apps in Windows 11. The first involves Windows Search surfacing search results from the Microsoft Store and directly installing apps from it. The company is leaning on this to become a major acquisition channel for apps as more than 50% people use Start on a "regular" basis.

Microsoft is testing a capability to restore apps across Windows devices too for seamless transitioning between PCs. Both the aforementioned features will be available for Windows Insiders shortly.

Meanwhile, developers can now take advantage of the pop-up store and app badges to make their apps more prominent on websites. Within the next few months, they will also be able to run ad campaigns in the Microsoft Store through a new product called Microsoft Store Ads. These campaigns will be contextualized and for now, those interested can sign up for a waitlist.

Additionally, the waitlist for publishing Win32 apps to the storefront does not exist anymore. Any developer can now publish their Win32 package to the Microsoft Store and take advantage of new features such as automating submissions through a CI/CD GitHub Actions or Rest APIs pipeline, testing for app visibility, viewing app telemetry, and responding to user reviews directly.

Microsoft has emphasized that it will continue to make its storefront a better place for both consumers and developers in the future.