It appears as though screenshots of the upcoming Android mobile operating system, “Ice Cream Sandwich”, have leaked out to both AndroidPolice and RootzWiki. The sets of screenshots show a Google Nexus S running a test version of the upcoming OS; and both show off several subtle changes around the interface that differentiate it from the current “Gingerbread” builds. 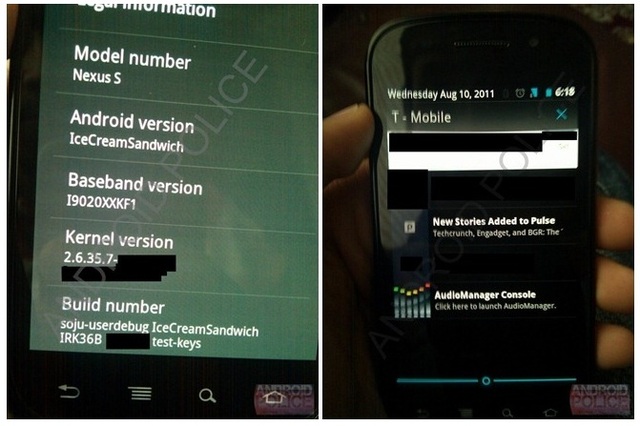 Like with the tablet interface of Honeycomb, blue has replaced many of the green and orange highlights that float around the Android 2.3 Gingerbread. The status bar now has blue icons and, despite lots of the screenshot being blacked out, you do get a glimpse of the new and revamped notification pane, again with blue Honeycomb-like highlights. 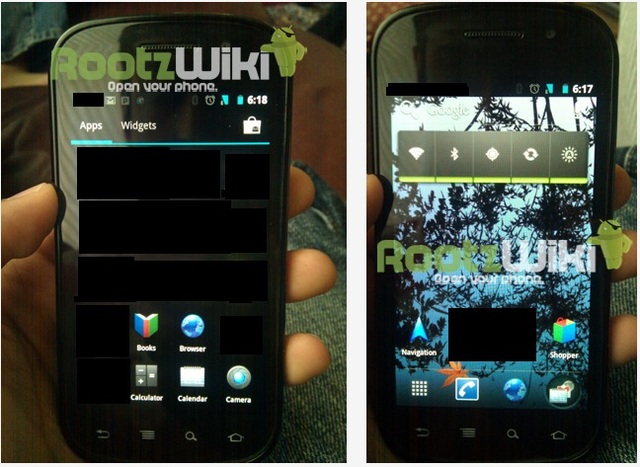 The homescreen launcher in Ice Cream Sandwich (ICS) appears to have some sort of task-switching icon in the bottom right of the dock, and there is a brand new app drawer that seems to follow in the tabbed design of Honeycomb. The sources for both sites (most likely the same person) also revealed the ICS camera will have a panorama mode and the Gmail app will be re-themed to fit right in with the new blue design. Many of the changes are reported to be visual and will work on older devices.

It was also reported that Ice Cream Sandwich (rumored to be Android 4.0) will first launch on the yet-to-be-released Google “Nexus Prime”, with the Nexus S also receiving the update. The screenshots above still indicate a work in progress, so the next version of Android could still be several months away.