Google's Android platform has been quickly gaining momentum since its debut in 2007, since then, its seen a large amount of handset manufacturers release a variety of form factors, and has gained large developer traction. 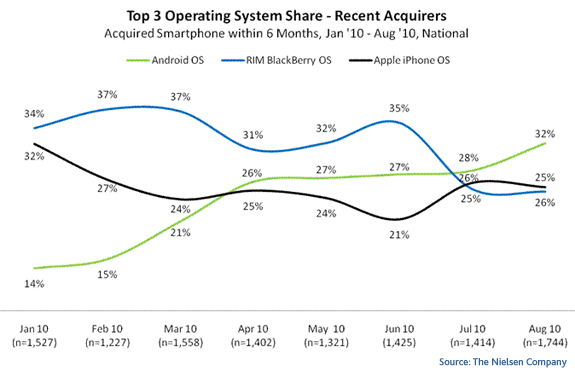 Now, according to statistics from Nielsen released today, Android is the most popular smartphone operating system of the last six months, overtaking both Apple and even giving Blackberry OS a run for its money. The statistics show Android at a whopping 32% of smartphone sales, with RIM's blackberry just ahead by 3%. Surprisingly, the OS even managed to outsell the Apple iPhone, despite the debut of the iPhone 4 which was released in June which only gave the company a 5% jump in total. 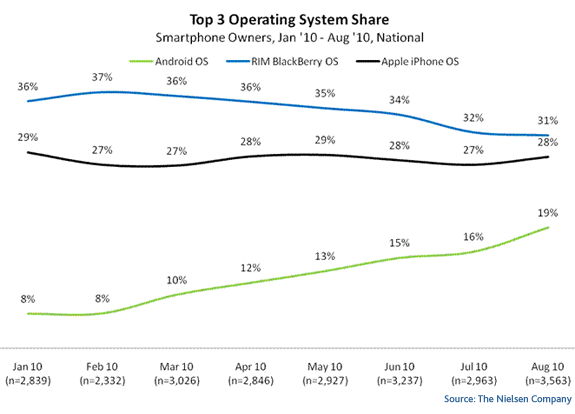 Obviously, looking at the full year in perspective is a different picture, with Blackberry still the clear leader, weighing in at a total of 31% of smartphone share, with Apple creeping up next to it at 28%. Android still has a way to go to challenge the total market share of Blackberry and Apple, with 19% of market share currently.

If Android's success continues, this statistic may well look completely different next year, keeping in mind that Microsoft is currently gearing up to release it's overhauled smartphone OS, Windows Phone 7 on October 11.