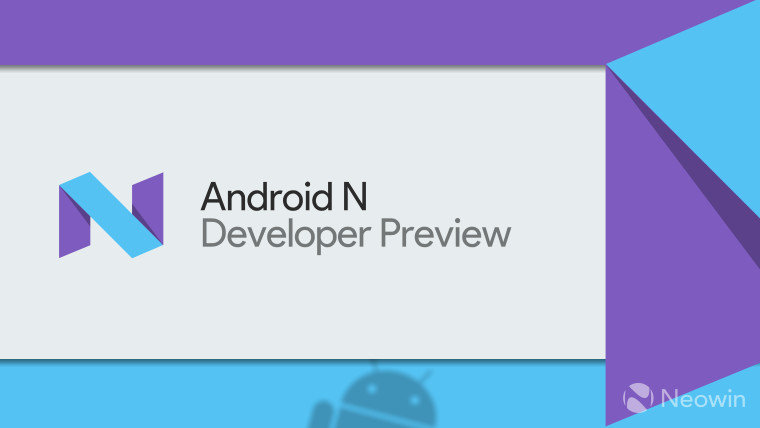 At the keynote at Google's I/O developer conference today, the firm announced Android N Developer Preview 3, a build that would be of "beta quality" and be made available later on. The company made good on its promise, as the builds are now available.

Android N adds platform support and optimizations for a new VR Mode to let developers build high quality mobile VR experiences for users. There are a number of performance enhancements, including access to an exclusive CPU core for VR apps. Within your apps, you can take advantage of intelligent head-tracking, and stereo notifications that work for VR. Most importantly, Android N provides for very low latency graphics.

For more information, see the Google VR SDK for Android.

Starting with version 51 in Android N, WebView will run web content in a separate sandboxed process when the developer option "Multiprocess WebView" is enabled. The WebView team is looking for feedback on compatibility and runtime performance in N before enabling multiprocess WebView in a future version of Android. In this version, regressions in startup time, total memory usage and software rendering performance are expected.

If you find unexpected issues in multiprocess mode we’d like to hear about them. Please get in touch with the WebView team by filing a bug.

DP3 introduces a new FrameMetrics API that allows an app to monitor its UI rendering performance by exposing a streaming pubsub API to transfer frame timing info for the application’s current window. FrameMetricsListener can be used to measure interaction-level UI performance in production with higher granularity and without the need for a USB connection.

Google has also published a list of API changes, as well as known issues, which you can find here.

If you're interested in trying out the Preview, you can get it on the following devices:

The other way to do it is to flash the image; however, if you want to roll back, you'll have to flash Marshmallow too. You can find the images right here.

This build is the third of five Developer Previews that Google will deliver. Preview 4 will deliver the final APIs, official SDK, and the ability to upload apps for Android N to the Play Store. Preview 5 promises "near-final system images", followed by the final release, which will be this summer.