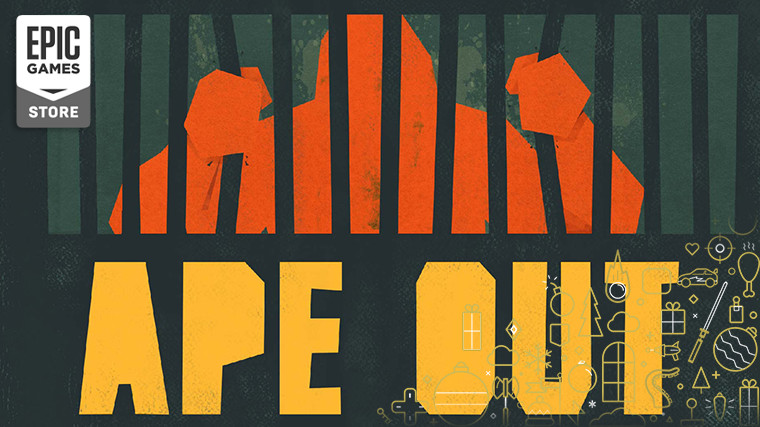 The 12 Days of Free Games event by the Epic Games Store has returned for the fifth day running, and with it has arrived another game to claim. Replacing Little Inferno from yesterday is Ape Out, the Devolver Digital-published beat 'em up title.

In Ape Out, the player takes the role of a gorilla escaping captivity through the maze-like environments - which change every playthrough - of the humans. Players can one-hit kill the gun-toting humans and even use them as shields against others, but the gorilla cannot take many bullets before expiring.

The game is played in the top-down perspective, and the jazz soundtrack changes according to what the player is doing on screen. Here's how the Epic Games Store describes the title:

APE OUT is a wildly intense and colorfully stylized smash ‘em up about primal escape, rhythmic violence, and frenetic jazz. Build up nearly unstoppable momentum and use your captors as both weapons and shields to crush everyone on your procedurally generated path to freedom.

Epic Games Store is offering the game for Windows users, though a macOS version can be bought from Steam currently for $7.49. Here are the minimum requirements:

Ape Out can be claimed now from its store page here. The giveaway will be available until 11AM ET tomorrow, December 24, which is when another game will replace this as the freebie. Moreover, the store's Epic Coupon promotion is still available too, with it offering $10 off from any game that's above $14.99 and is not a pre-order.