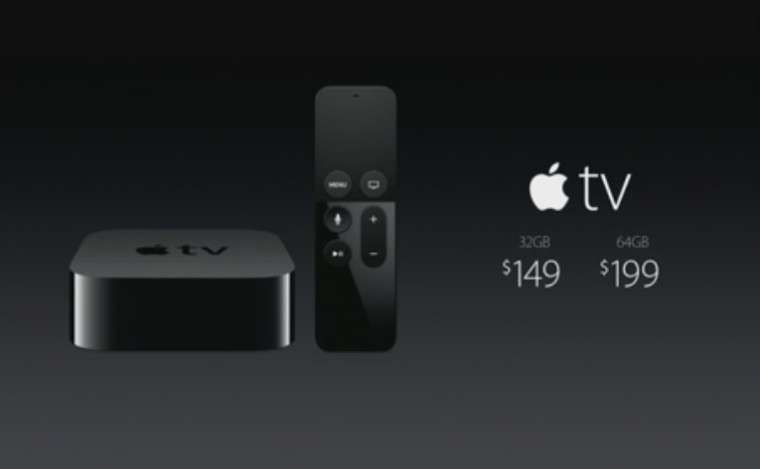 Although we didn't see a new Apple TV make its debut at Apple's "Spring Forward" event, Apple has just announced its new TV alongside the iPad Pro, iPhone 6s and 6s Plus at its "Special Event", as expected.

Touting that "the future of TV is apps", the Apple TV will have an App Store, with the company release a Software Development Kit (SDK) for third-party developers to build apps and games to be used directly on the TV. However, as previously reported, the company still hasn't announced its streaming service, which obviously would have been a significant addition to the device.

An overhauled user interface integrates Siri voice controls for the first time, allowing you to scroll through menus and playing movies and more by simply using your voice. The Apple TV also display time-based screensavers. During the day, it will showcase screensavers based on morning shots, while at night hours, the corresponding images will be played.

But for those who prefer a more tactile experience, the Apple TV remote has received a massive redesign, incorporating a touchpad as well. Moreover, the company has also integrated Siri with it as well, allowing users to speak to their remote to make use of the "Universal Search" feature to find movies, shows across iTunes, Netflix, Hulu, HBO, Showtime. Apple has announced that it'll be adding more channels to this list over time. Along with the standard control buttons such as volume and menu toggles, users will be able to use the remote as a gaming controller for several games such as Rayman, Guitar Hero and even Crossy Road. Surprisingly, the TV itself doesn't seem to feature a power button.

Powered, by 'tvOS', apps and games will be able to send you notifications. Similar to Microsoft's Universal Windows Platform, Apple will be focusing on continuity across devices as well, allowing synchronization of apps between users' devices.

The Apple TV will be The device will be powered by the 64-bit A8 processor, similar to the one currently being used in the iPhone 6 and will support Bluetooth 4.0, HDMI, Ethernet, Wi-Fi and IR receiver. Its remote will also include Bluetooth 4.0, accelerometer, gyroscope and will apparently work for three months on a single charge.