Apple released iOS 11 back in September, but its adoption rate has been slower compared to iOS 10, which launched last year. Back in October, Mixpanel reported that iOS 11 was running on 55 percent of devices, while Apple pegged it at around 52 percent last month. 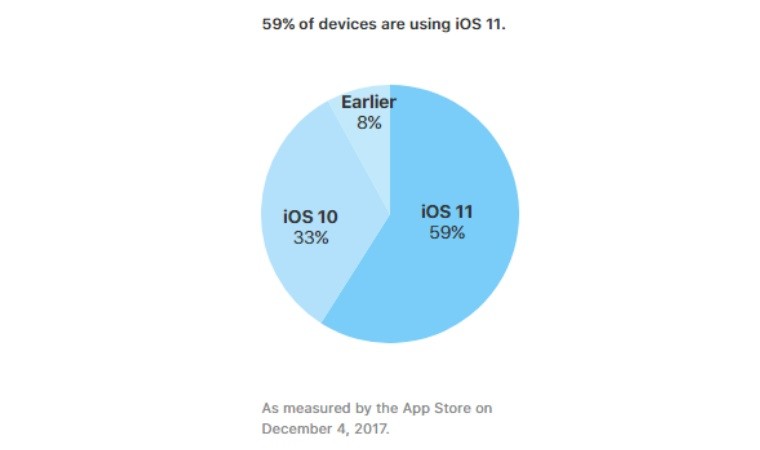 A possible reason for the slower adoption rate is the number of issues that have been reported ever since the operating system was released to the public.

After upgrading to iOS 11, several people reported poor battery life, crackling sounds coming from their speakers, and much more. Most of these bugs were fixed with subsequent updates.

Another bug emerged earlier this week, when users reported that SpringBoard on their devices was continuously crashing on December 2. This resulted in Apple releasing iOS 11.2 ahead of schedule, which had the unfortunate effect of breaking FaceID for users running the update on the iPhone X. The newer iteration also introduced Apple Pay Cash for users in the United States, a feature which wasn't activated until yesterday.