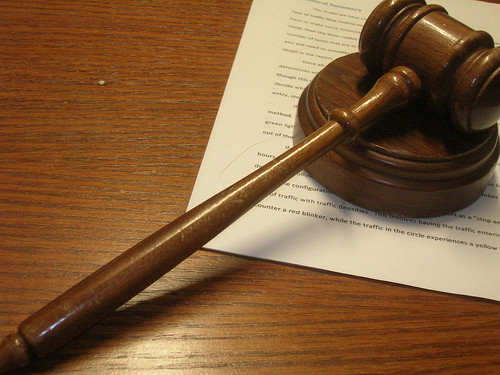 Apple could soon be staring down the barrel of a class action lawsuit after an American man claimed iPhone and iPad applications can transmit personal information without consent.

According to Bloomberg, a complaint seeking class action or group status was filed last week in federal court in San Jose, California on behalf of Jonathan Lalo of Los Angeles County. At issue are Unique Device Identifiers or UDIDs, which as their name suggests provide a unique ID for every iPhone and iPad and cannot be blocked, changed or deleted. Mr Lalo, represented by a New York law firm, claims that iOS applications are able to use UDIDs to track individual usage habits.

''Some apps are also selling additional information to ad networks, including users’ location, age, gender, income, ethnicity, sexual orientation and political views,'' according to the complaint.

Applications such as Pandora, Paper Toss, the Weather Channel and Dictionary.com are named as co-defendants. If granted class-action status, Apple customers who downloaded an iPhone or iPad app between December 1, 2008 and last week would be able to join the lawsuit. An Apple spokeswoman did not respond to Bloomberg's requests for comment.

Earlier this month, the Wall Street Journal tested 101 iPhone and Android apps and found that more than half transmitted the phone's unique ID to companies - primarily advertisers - without user consent or even awareness. Pandora was among the apps fingered by the Journal for sending age, gender, location and phone identifiers to advertisers.

At the time, Apple spokesman Tom Neumayr said the company had stringent processes in place to protect user privacy.

''We have created strong privacy protections for our customers, especially regarding location-based data. Privacy and trust are vitally important,'' he said.

The Journal, presumably quoting App Store guidelines, said that Apple specifies that an app ''cannot transmit data about a user without obtaining the user's prior permission and providing the user with access to information about how and where the data will be used.'' The company also apparently regards UDIDs as ''personally identifiable information.''

On a brighter note for Apple, iOS app tracking site 148apps has claimed the App Store is rapidly approaching 400,000 apps. Statistics taken from the site show that Apple has approved 25,452 apps so far this month, the second highest figure since the App Store launched in July 2008. The store passed 300,000 apps last month, according to Apple.