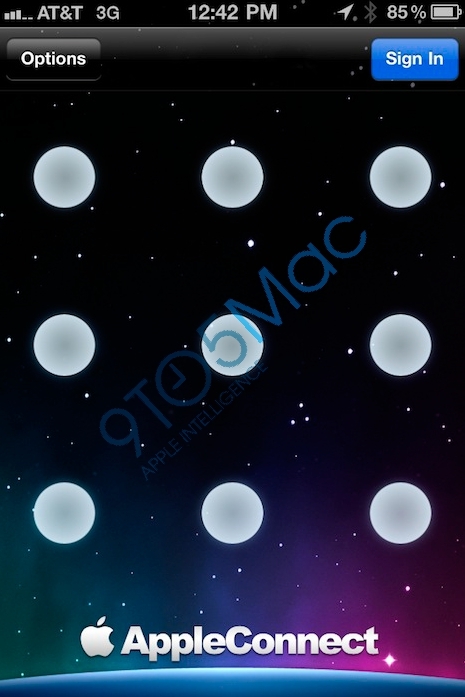 If imitation is indeed the sincerest form of flattery, Google should take Apple's reported attempts at a gesture-based lock screen as a compliment.

An internal source at Apple has provided 9to5mac with screenshots that apparently show a new, gesture-based lock screen for iOS devices similar to that found on many Android phones. The lock screen is apparently part of an application called ''Apple Connect''. What exactly the application does isn't detailed by the source, though the new lock screen will apparently be making its way into more internal Apple tools.

Those tools will reportedly include Apple's portable Point of Sale systems, which were also being trialed by external companies including Gap's Old Navy subsidiary as of December 2010.

Whether or not iOS users will ever see a gesture-based lock screen also remains to be seen. It is worth noting, however, that those in possession of a jailbroken iOS device had access to some gesture-based goodness all the way back in January 2010, thanks to a free application called AndroidLock. Unfortunately, the application does not appear to have been updated in some time, with users reporting it does not work on iOS 4.2.1.

In other news for owners of jailbroken devices, developer Peter Hajas has released the latest version of his MobileNotifier app which offers a radically different (some have said better) way of presenting notifications. Check out a video of the app in action below.