With the recent rise in popularity of media being available in three dimensions, it seems Apple has caught up toyed around with multiple cameras and sensors which would allow devices such as the iPhone to take and display 3D photographs. According to Apple Insider, the U.S. Patent and Trademark Office recently revealed an application from Apple entitled 'Systems and Methods for an Imaging System Using Multiple Image Sensors.' The article explains that the patent describes a new technology that would "capture, process and render 3D images with the accompanying dual-camera hardware." 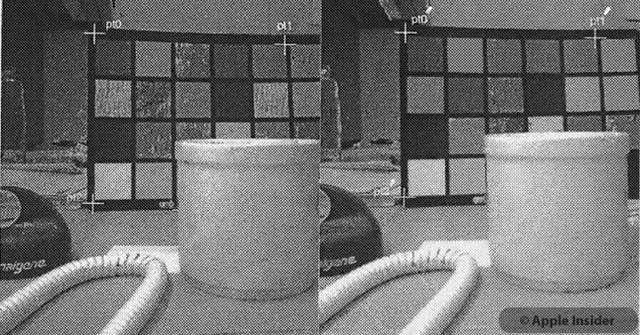 The application explains how this technology would work by using a "paradigm shift from the known software-based approaches," and states that the existing software currently uses a best-guess method to "perform stereo disparity compensation for 3D images." The problem with the 'best-guess' method is that the created images are of low resolution and may contain many artifacts giving an overall low quality result. Apple would combat this by using a hardware based solution employing a "deterministic calculation for stereo disparity compensation."

While there are no details of the exact hardware that might be used are available, the article does tell us that there would be "multiple imaging systems, employing separate luma, chroma and depth/distance sensors to capture images that can be turned into a single, three-dimensional picture." Not only would this system be capable of capturing images, video would be a possibility as well with the setup and calibration being a "simple one-time event."