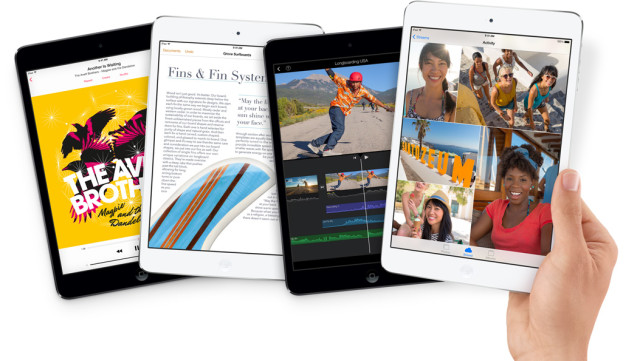 Today during Apple's fiscal Q4 2013 earnings report, Apple CEO, Tim Cook, made a few comments in regard to the upcoming quarter. One of them seems to support earlier rumors about the potential shortage of stock for the new iPad mini with Retina display. He confirmed that it's "unclear" whether the company will be able to meet demand for its launch or for the holidays to come.

Originally, rumors suggested that the launch of the iPad mini with retina display would be delayed all the way until 2014, skipping over the all-important holiday shopping season. That wasn't true, but it didn't go without notice that Apple chose to announce a vague release date alongside the tablet: "later in November." We still have yet to find out what "later" means, but the ambiguity is almost certainly intentional while Apple finishes up production and sorts out any potential high-demand issues.

Despite uncertainty about having enough Retina iPad minis to meet demand, Tim Cook did still optimistically proclaim, "I think it's going to be an iPad Christmas." After all, the iPad Air is not expected to have any such shortages — at least no more than the company usually has with iPads. The iPad Air will be available on November 1st both online and in retail stores starting at $499, $100 more than the retina iPad mini.