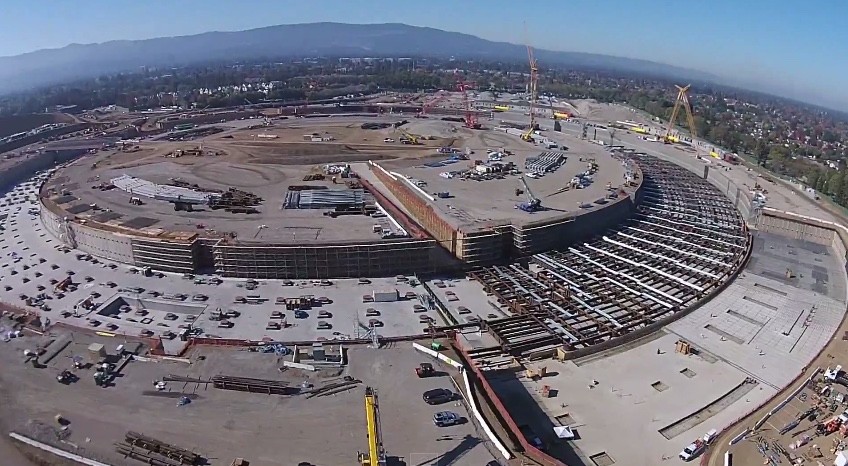 Although Apple's Campus 2 isn't scheduled to be complete until 2016, that doesn't mean that we can't get periodic sneak peeks of the massive project. Luckily, thanks to a curious drone owner, we get an updated look at Apple's evolving Cupertino HQ.

When we last visited the construction site in August, the area still looked fairly rough. Although there was a general outline of the "Apple Spaceship", the construction was clearly in its infant stages with a majority of the land still looking fairly organic. But, fast forward a couple of months, the location has shed its organic look and started to take shape thanks to the laid concrete and visible infrastructure.

When complete, Apple's new campus will house roughly 13,000 Apple employees. The circular building will be 4 stories and cover nearly 2.8 million square feet. Lastly, the entire outer wall of the building will be covered in curved glass making this a very ambitious and expensive project.

Although Apple's $5 billion dollar campus won't be completed until sometime in 2016, it will be interesting to see the project take shape over the next year.