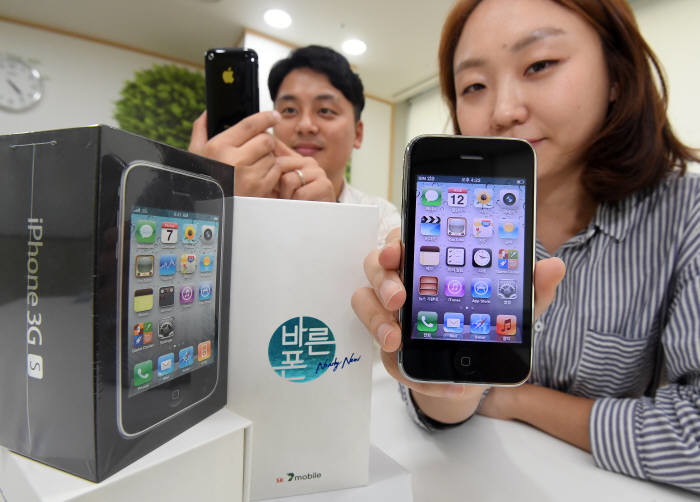 The iPhone 3GS first made its debut in June 2009, nearly eight years ago. After being discontinued in 2012, the handset will now be making its way to a wireless carrier and sold to customers.

South Korean wireless carrier SK Telink will begin the sale of the handset at the end of the month through its SK Seven Mobile Online Integration Mall. These are not brand new units but phones that have been "repackaged" according to ETNews. Apparently, the devices never got into the hands of the public, but at some point were opened, ensured to be working, and stored in a warehouse.

While someone out there might find it exciting to be able to purchase an iPhone 3GS, the software version for that phone is quite outdated and could leave them feeling different after they start using it. The smartphone only supports up to iOS 6, which means many new features won't be available and some apps simply won't be supported. Apple currently supports iOS 11 and more recently announced iOS 12.

It is unknown how many of these units will be available, but it could be limited, given that the company has stated that "the iPhone 3GS has been launched to celebrate the opening of the SK Seven mobile online mall while expanding the selection of consumer smartphones." This could indicate that it's a promotional move. Regardless, at 44,000 won or around $40 USD, it's quite a steal, and could be worth it just to own a vintage Apple product.