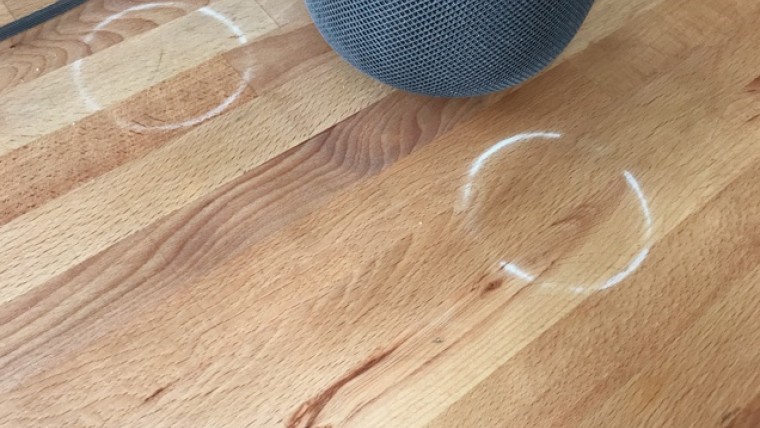 It's no secret that Apple likes the minimalistic look of white devices and peripherals. Perhaps, we shouldn't be too surprised if the company only tested its new HomePod smart speaker on white furniture, because as it turns out, the new device doesn't play very nice with wooden surfaces.

According to a review from Wirecutter (via The Verge), the HomePod can actually leave a white ring behind. The Siri-powered smart speaker is meant to be placed on a hard surface too, and putting it on top of a cloth would affect the sound.

Apple has confirmed the issue, although it still hasn't said what's causing it. Apparently, these marks will fade over the course of several days, and if that doesn't work, users should "try cleaning the surface with the manufacturer’s suggested oiling method". Still, you probably shouldn't place it on top of expensive wooden furniture until we know about what causes it and there's a more specific solution.

Again, Apple hasn't gotten very specific about what it plans to do about this, other than saying everything is fine and to clean your furniture. It's unclear if the company plans to fix this for future units sold, or if it plans to replace ones that are already on the market.

Source: Wirecutter via The Verge | Image via Wirecutter