While Nokia has still not confirmed or denied that it is making a Windows-based tablet, they apparently have no problems with having some fun on April Fool's Day with a reveal that we actually wish was a real product. 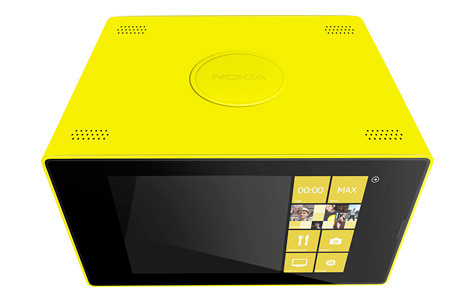 In a post on the Nokia blog today, the company "announced" the 5AM-TH1N6 Constellation microwave oven. While the blog post doesn't mention any references to Windows Phone, the image clearly shows Microsoft's mobile OS running things on the touchscreen, complete with live tiles. Nokia says that the device will have a number of apps including its "high-resolution PureFood camera that automatically shares pictures of ready meals with friends and family via social networks."

Nokia says the Constellation's touchscreen has been designed to work even when the user is wearing oven mitts and the product even has "eye-tracking technology" which Nokia says will come in handy, stating, " ... it automatically adjusts the temperature depending on how hungry you look."

Nokia says that it is working on other models of this microwave including a "10-inch variant aimed at no one in particular." Naturally it will come in a number of colors, including "blue cheese cyan, lemon yellow and liquorice black."