Microsoft has just finished rolling out its Hotmail refresh to 350 million users but its main rival, Gmail, is hot on its heels.

Google announced on Tuesday that it had updated the look and feel of the contacts view inside Gmail. "We're constantly reviewing user feedback about Gmail, and for a while now the number one request has been for a better contacts experience. You’ve asked us to generally make Contacts easier to use, as well as for specific improvements like sorting by last name, keyboard shortcuts, and custom labels for phone numbers," wrote Benjamin Grol, Product Manager, in a company blog posting.

The contacts view now works more like the rest of Gmail. There's keyboard shortcuts, sorting my last name, custom labels, automatic saving and the ability to undo any changes you've just made. The web giant also took the opportunity to improve the main layout of gmail and make it easier to get to Contacts and Tasks. If you're a Google Apps user then the updates won't be available just yet. Google are planning on making domain-specific features work well in the new interface and plan to have the new version available to Google Apps customers soon. 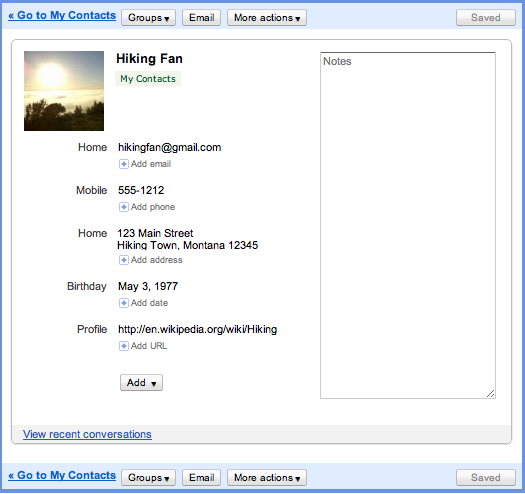