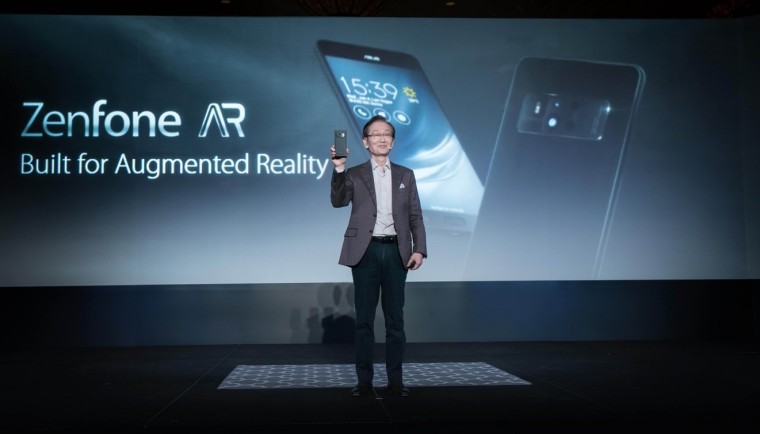 At the beginning of this year, Asus unveiled its upcoming ZenFone AR, touting support for both Tango and Daydream and, in turn, becoming the first phone to support Google's augmented and virtual reality projects. At the time, there was no confirmation regarding the pricing of the handset but there were expectations that it would make it to market sometime in summer.

Now, in an interview with Engadget, Asus CEO Jerry Shen has confirmed that the ZenFone AR will make its debut in Taiwan in mid-June with a release in the US to follow either at the end of the month or in early July. Furthermore, while Tango AR app compatibility currently sits at around 40 to 50 for Asus' second Tango phone, that number is expected to increased as apps are revised to incorporate support for Android 7.0 Nougat.

While there are currently over 100 Tango AR apps available, Shen mentioned that that number is expected to see a tenfold increase over the next twelve months. It's hoped that boost will be supported in part by AR conferences jointly hosted by Asus and Google, with one taking place in Taiwan in July, along with the recent update to the AR and VR development tools.

Shen stopped short of disclosing specifically what prospective buyers could expect to pay for his company's forthcoming smartphone, particularly in comparison to Samsung's Galaxy S8+, but he did remark that "We wouldn't dare to charge more than that." Although that helps establish an upper limit as far as pricing is concerned, we will have to stay tuned to find out the final price in the coming weeks.