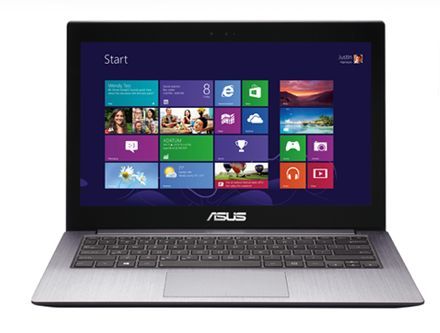 Most of the new touch screen notebooks made for Windows 8 have had some version of Intel's Core processor inside. Today, it was revealed that Asus has become one of the first PC makers to offer up a touch screen Windows 8 notebook with an AMD chip.

The AMD-based Asus VivoBook comes with the usual ports, including three USB 3.0 ports, a three-in-one card reader, an VGA port and a HDMI port. The website does not comment on pricing. However, Engadget reports that it is already being sold in Europe for around $1,150. There's no word on when it might show up for sale in the US.

AMD has not been nearly as aggressive as Intel has been in promoting Windows 8-based touch screen notebooks, tablets and convertibles with its chips. So far, the only Windows 8 tablet with an AMD processor inside that has been announced is the Fujitsu Stylistic Q572.