Google could be planning to compete with the likes of Audible from Amazon or Kobo by selling audiobooks through its Play Store, if code from the latest version of the app is an indication.

In an APK (Android App Package) teardown by Android Police of the latest Play Store version, the site found traces of some upcoming features and probably the most interesting are the ones related to audiobook listings and purchases. The placeholder texts related to audiobooks found in the APK can be seen in the image: 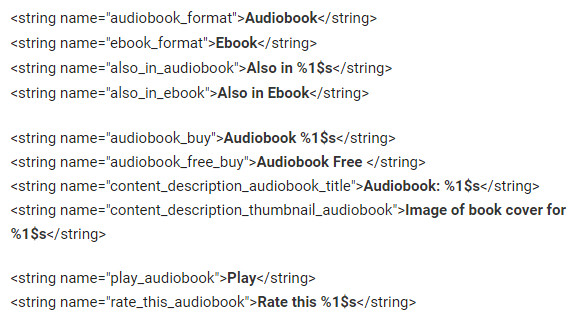 Similar placeholders were also found for notifications in apps and games, auto-update of system apps and the removal of "Wait for Wi-Fi". The latest Play Store update now includes a new layout for "Deal of the Day".

You can hit the source to read more about these placeholder texts from the teardown, which may become visible to users in a future update.