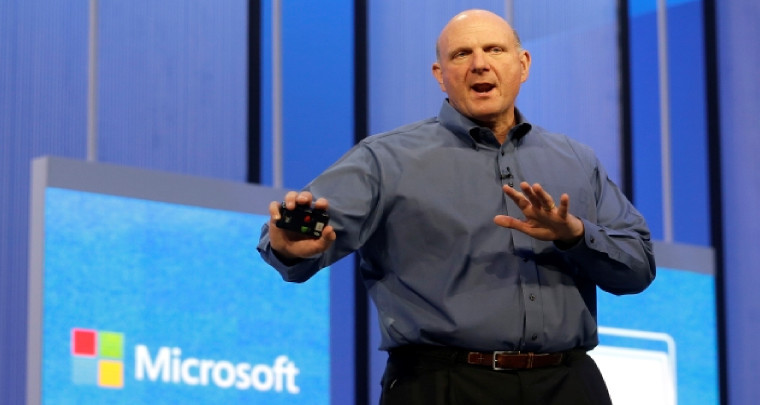 Microsoft held a shareholder meeting yesterday, revealing to their investors some financial information and stats about how the business is doing. But at least one person at that meeting wasn’t happy with the company, and that person was ex-CEO Steve Ballmer.

Ballmer, who left the company about two years ago, is still one of Microsoft’s largest shareholders and has a vested financial interest in the tech giant’s future. But, according to reports from Bloomberg, he wasn’t happy with the way Microsoft disclosed financial information.

The company has been consolidating departments, moving management around, and changing the way it reports financial numbers over the last couple of years. For example, Microsoft no longer reports revenue or margins for its businesses. Instead it relies on an overall revenue run rate, which represents the company’s projected revenue if all things stay the same by the end of the year.

This change, along with many others in similar fashion, obfuscate shareholders’ and industry watchers’ efforts to understand how well the company and each of its divisions is actually doing. Or as Steve Ballmer put it “it’s bullshit”.

But the ex-CEO’s criticisms didn’t stop there, as he went on to discuss Microsoft’s failing efforts in the mobile space. Ballmer believes that the company’s current focus on Universal apps is misguided and that Windows 10 Mobile needs Android apps if it is to have any chance in the market.

However, the current leadership at Microsoft seems to disagree and the company’s Astoria project, which would have enabled Android apps on Windows 10 Mobile, has reportedly been canceled for unclear reasons.

Until now Ballmer has been rather silent, and mostly optimistic about his former employer, so it’s interesting to see one of the company’s longtime supporters, and ex-CEOs, be so openly critical about the way Microsoft is handling some of its business.