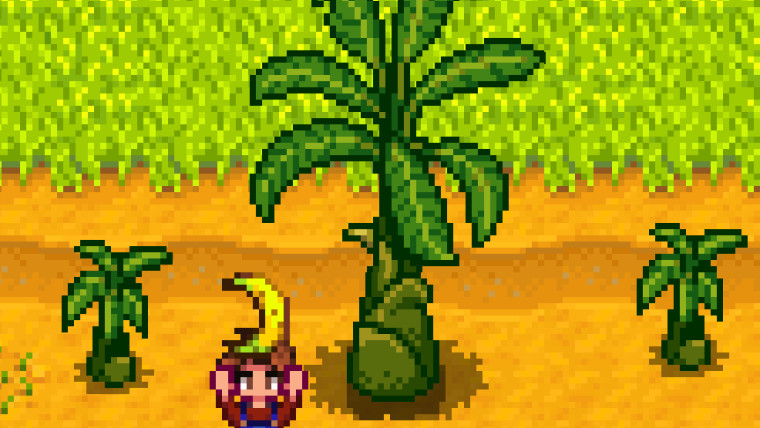 We’ve known a 1.5 content update for Stardew Valley has been in the works since ConcernedApe released a tweet in February. The only information they included was that it would be free, similar to their latest 1.4 update. No other information has been revealed.

Thanks everyone for the Stardew Valley 4-year anniversary wishes. It's been a pleasure, and I look forward to another great year! Now that 1.4 is out on all intended platforms, I'd like to announce that there will be another free content update (1.5)..it's currently in the works!

On April 7th ConcernedApe released a poll on Twitter asking which fruit tree their next update should include. Stardew Valley is a farming simulation RPG that allows players to grow produce on their farm. Now it seems they are looking to add to their fruit tree line-up. The choices were an avocado tree, a banana tree, a mango tree, and a passion fruit tree. As of today, the banana tree won. The company tweeted that the banana would be included in their next update, along with a picture of what may be the upcoming banana tree. They also gave an honorary mention to the mango tree, which was the runner up.

Thanks for voting... Banana is the winner! Looks like mango is the runner up... pic.twitter.com/eQqiZ4Gf6Z

Their latest 1.4 update aimed to “improve the gameplay experience significantly” by including new character events and more than 60 new items, among other things. It is unknown if the next update will be as significant, or what else is in store.