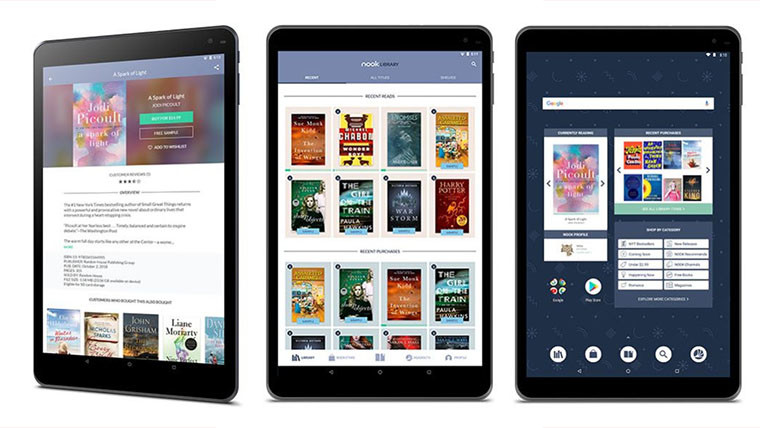 The 10.1-inch display is listed as having a 1920x2000 resolution, although that's likely meant to be 1920x1200, as the device isn't a square. It also packs 32GB of onboard storage, with expansion of up to 256GB, and it has a 3.5mm audio jack. Barnes & Noble says that the battery will get you through 8.5 hours of reading, watching videos, and web browsing. The listing does not say what kind of processor is used, but given the price, it's probably not notable.

The company also says that the 10.1-inch display is the largest ever, and indeed, it's the largest one we've seen since it used to partner with Samsung on these, and we had the Galaxy Tab 4 Nook 10.1. The tablet still supports the Google Play Store, of course, so you can download all of the Android apps that you want.

If you want to pre-order the device for $119.99, you can find it here. There's also a special where you can get the tablet and a charging dock for $159.99, and you'll get $50 worth of Good Housekeeping cookbooks for free. While you can pre-order now, the device will ship on November 14.