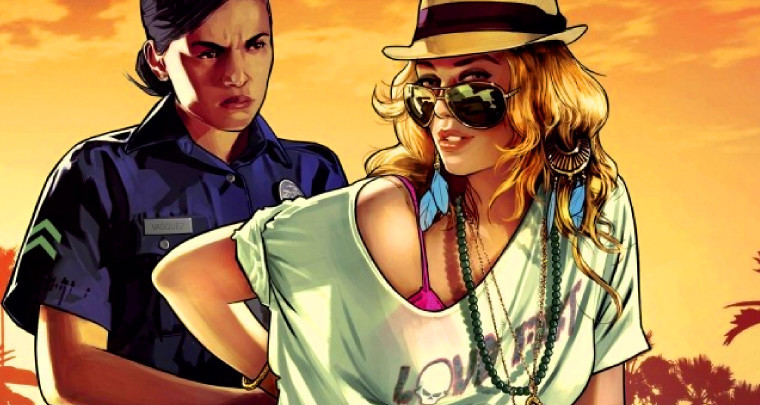 Back in March, the BBC announced that it was developing "a new drama based on Grand Theft Auto", calling it "one of the most extraordinary creative and controversial success stories of our time". However, the games' developers, Rockstar, said in May that they had "had no involvement" in the programme's production, and said they were planning legal action "to ensure that our trademarks are not misused".

That legal issue still hasn't been resolved - but while that cloud continues to hang over the BBC, it has nonetheless released a trailer for the upcoming feature-length TV show, ahead of its broadcast.

As previously reported, the 90-minute drama won't be based on the gritty, violent gameplay for which the GTA series is well known; rather, it will be a dramatized documentary focusing on the real-world controversy surrounding the games.

Daniel Radcliffe, best known for his portrayal of Harry Potter, has been cast as Sam Houser, Rockstar's president, while Bill Paxton (Aliens, Twister, Titanic) will play American lawyer Jack Thompson, one of the most vocal opponents of the GTA series, who has campaigned tirelessly against the glorification of violence and immorality in popular culture.

As Jake Kanter of media industry journal Broadcast points out, the BBC is pushing ahead with its plans to show The Gamechangers, despite Rockstar's pursuit of legal action. It will be broadcast in the UK on BBC Two at 9pm on September 15; it is not yet clear if the BBC plans to broadcast the show on any of its international services.