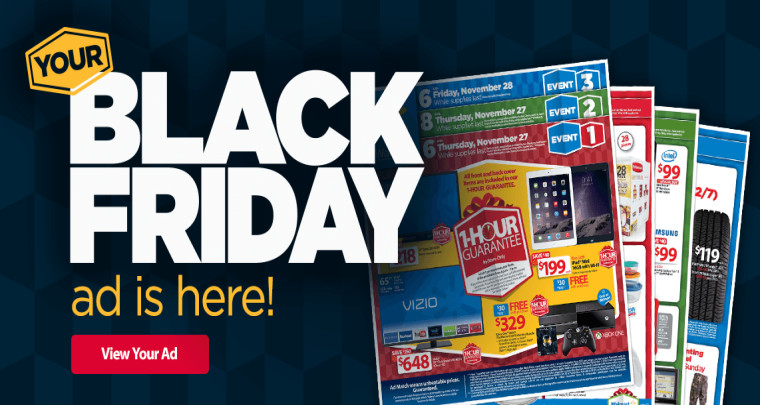 As the big box stores of the world ramp up for Black Friday, Walmart is kicking it up even more by offering some tremendous deals on Microsoft consoles.

The unreleased Xbox One Master Chief Collection bundle, which will likely normally retail for $399.99, is only $329 at Walmart on November 27th. The store is also offering a free $30 gift card with the purchase, which means you can pick up the Master Chief Collection bundle for (the equivalent of) only $299. One catch: The deal is only available for an hour on November 27th, between 6 and 7 PM.

Walmart is also offering the slightly older but more refined 4GB Xbox 360 console for only $99, starting at 6 PM on November 27th. If you take advantage of both deals, you can pick up the Xbox 360 for only $79 and spend the extra cash on a larger HDD for more storage.

Several other Microsoft deals are being offered in store on Black Friday, including a discount on the Assassin's Creed Unity console bundle (only $329), half off a 3-month Xbox Live membership card, and a plethora of games including Wolfenstein: The New Order, Destiny, and Madden NFL 15 for only $35.

Last week we reported that Microsoft's 8-inch Windows 8.1 Nextbook tablet would be on sale for only $99 at Walmart on Black Friday, a great deal for someone who wants to experience Windows 8.1 in tablet form without breaking the bank.

Between Black Friday and Cyber Monday, you can expect a bunch of great deals that we'll continue to report as they're announced.