It appears that the Lumia Denim update is ready to roll out to at least three Lumia devices, and imminently, with sources telling NokiaPowerUser that the OTA update is scheduled to begin in the second half of November.

The same sources have indicated that the Lumia 930 and possibly the 1520 will get it first with the 830 already preloaded with Denim.

We learned in September that the scheduled roll out was always going to happen by Christmas, and according to NPU's sources, that whole process will take up to two months to roll out to all supported Lumias.

Denim brings with it the Lumia Camera 5.0 update which adds Moment capture, Dynamic flash, 4K video, Auto HDR meant for the Lumia 830, 1520, 930 and Lumia Icon. The Lumia 830, however can’t record 4K videos but does Moment Capture in Full HD, and with reduced 2-megapixel per frame quality.

Some of the changes from Cyan are listed below:

Lumia Camera – Replacing Nokia Camera, Lumia Camera is faster and more intuitive than before to make the best camera experience, even better.

Speed – Pocket to capture speeds are superfast, and it only takes milliseconds going from shot to shot. 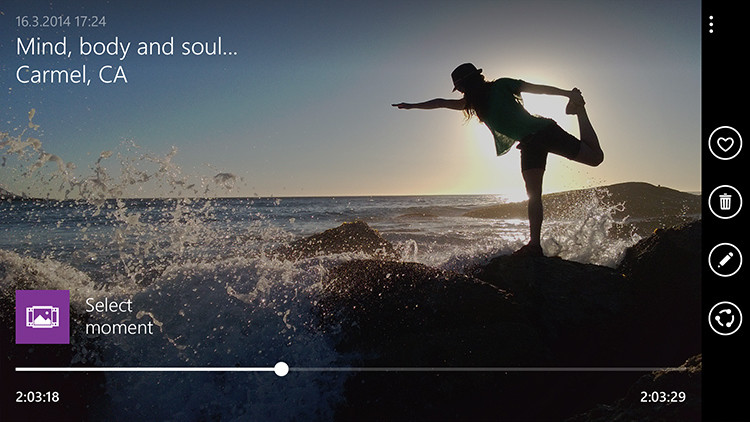 Moment Capture – A long press of the camera button starts 4K-quality video recording at 24 FPS. With each frame at 8.3 megapixels, you can save individual frames as high quality still images.

Improved image processing algorithms – Updated to give you clearer photos, even in lowlight.

"Hey Cortana" Voice Activation – Gone are the days of pressing the microphone button to wake-up Cortana. Simply say "Hey Cortana" while the phone is idle and Cortana will activate. This is possible thanks to the SensorCore technology.

Glance Screen – Compatible Lumia devices can now show more at a glance with Bing Weather, or Bing Health & Fitness data, in addition to time and date, notifications and application data.

Given that the Lumia Cyan and 8.1 is yet to, or is still rolling out on some carriers, it could be a long wait for some to get Denim which also enables some key hardware features such as 4K video recording on the higher end Lumias.