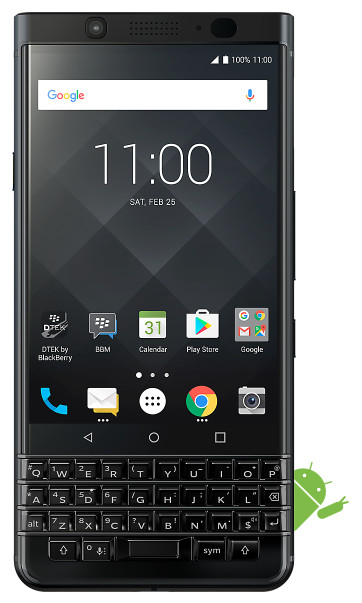 It was only a few months ago that TCL debuted its BlackBerry handset, the KEYone, during Mobile World Congress 2017. Since that time, the phone has proved to be popular, with the firm claiming that it has had trouble keeping up with demand. This week at IFA Berlin, the firm announced a new upgraded model of the KEYone.

Although a black variant of the smartphone is already available in India and also in the United States for AT&T, the new Black Edition of the handset offers a little more than just a color change. The handset will pack more RAM and internal storage, with a jump to 4GB RAM and 64GB of internal storage. The previous model was more of a mid-range offering with a respectable 3GB RAM and 32GB internal storage.

Those that are interested can now order the device from Carphone Warehouse where the merchant has it listed for £549 or around $711 USD. If the BlackBerry KEYone isn't to your liking, the firm also has plans to release a new device without a physical keyboard in October.