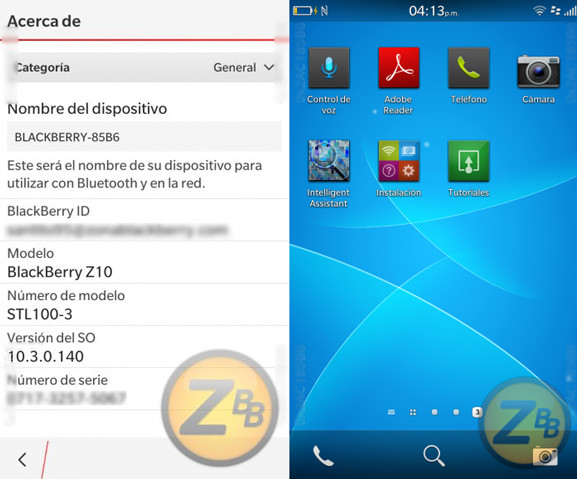 Screenshots of the forthcoming Blackberry OS update have leaked courtesy of ZonaBlackberry. While information is scarce, the leaked screenshots show a wealth of new UI and camera improvements that are expected to debut in Blackberry OS 10.3. According to ZonaBlackberry, the current build of the OS is marked at 10.3.0.140 and while not final, give a good idea of what is to be expected. Probably one of the more interesting features is the inclusion of a voice assistant, which we can assume works similar to Siri.

For those looking to experiment, the leaked ROM is available and can now be loaded onto Blackberry Z10's. The tutorial can be found via Crackberry, but the site does warn users that this is leaked build that is not meant to function as a 'daily driver'. Much like any unofficial software, it must be loaded onto your device at your own risk.

ZonaBlackberry has created a concise break down of all the new features within the updated OS:

It'll be difficult to see whether these changes will impact the market as a whole, but current Blackberry owners will have something to look forward to once this update is released. There is no official or rumored release date.