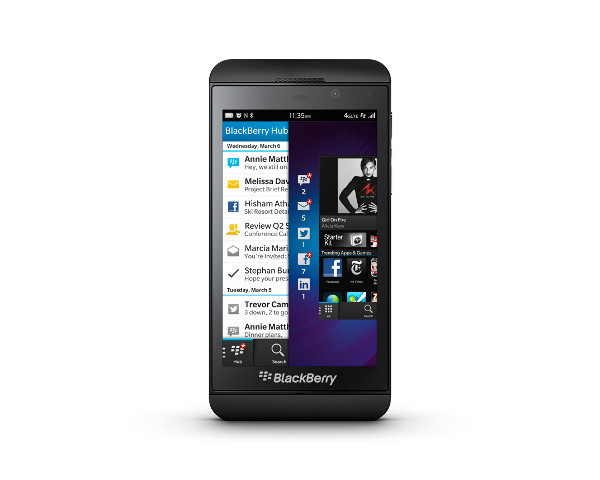 BlackBerry, the recently renamed Research in Motion, launched its first BlackBerry 10 smartphone, the touchscreen-based BlackBerry Z10, in the U.K., Canada and the United Arab Emirates over the weekend – places its previous BlackBerry phones were highly popular.

While BlackBerry has yet to reveal sales figures for the Z10, AllThingsD.com reports that analysts at Jefferies & Co. believes sales in Canada and the the United Arab Emirates have been "solid" so far. The biggest sales success has been in the U.K., where the analysts claims that there were lines outside a number of U.K. retail stores waiting to buy the smartphone. There have been sellouts of the white version, although the black Z10 has also sold well.

Jefferies analyst Peter Misek said that, according to his information, the Z10 has already sold "at least several hundred thousand units" in the U.K. If this is indeed true, the Z10 could be a true competitor to Android, iOS and Windows Phone devices.

Meanwhile, the company launched its big Super Bowl commercial in the U.S. on Sunday night. It took a ... well, different route by showing what the BlackBerry Z10 can't do, such as putting out a man on fire, turning that same man's legs into the legs of an elephant, transporting him into the sewers via colored smoke and finally changing a crashing tanker truck into a ton of yellow rubber ducks. The Z10 is not scheduled to debut in the U.S. until mid-March.