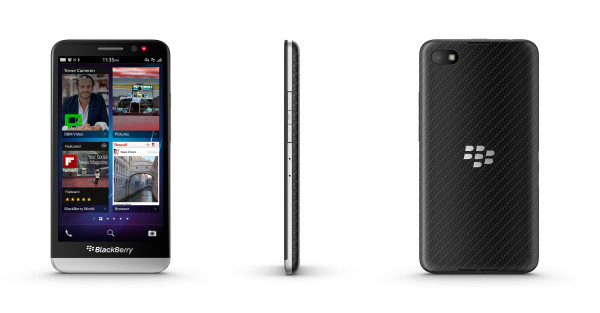 Even as BlackBerry faces what could become major organizational changes, the Canadian smartphone maker is still releasing new devices. Today, BlackBerry announced plans to launch its latest product, the Z30, with a 5-inch Super AMOLED and running the latest BlackBerry 10.2 OS.

The Z30 is basically a larger version of the previously released Z10 smartphone. BlackBerry says that in addition to its bigger display, it has an 1.7GHz Snapdragon S4 Pro CPU and Adreno 320 GPU inside, along with 2GB of RAM. It also has 16GB of on-board storage, an 8-megapixel rear camera and a 2-megapixel front facing camera.

BlackBerry seems to be especially proud of the larger 2880mAh battery inside the Z30, which it claims will offers owners up to 25 hours of battery life in "mixed use". There's also some new antenna hardware inside the smartphone, which Blackberry says "dynamically tunes reception to give you better connectivity in low signal areas."

BlackBerry says the Z30 will go on sale next week in the UK and the Middle East, with other territories around the world getting the phone in the weeks ahead. Pricing and specific launch dates were not announced. BlackBerry 10.2, which will be installed in the Z30 from the start, will be released as a free update for owners of the company's Z10, Q10 and Q5 phones in mid-October.