Back in January, a new handset was announced, one that claimed to offer unmatched privacy and security in a world increasingly troubled by revelations of government snooping and the threat of hackers trying to gain access to users' data. After its public debut at Mobile World Congress in February, that device - called Blackphone - is now shipping to customers. 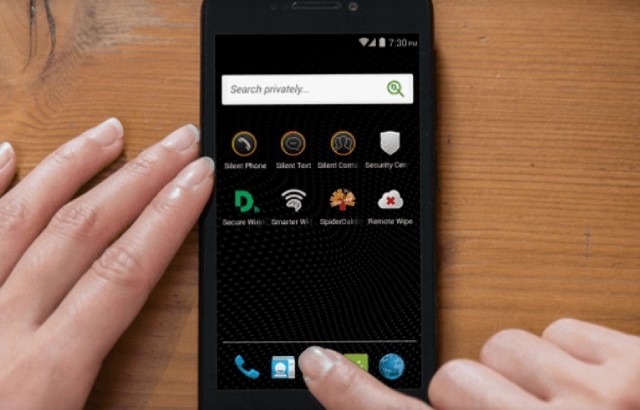 Blackphone is the product of SGP Technologies, a joint venture between Silent Circle and Geeksphone, which claims that it is "the world's first smartphone built from the ground up to maximize user privacy." The device runs a customized version of Android 4.4 KitKat, which the company calls PrivatOS, and it claims that this offers "an unparalleled product ideal for information workers, executives, public figures, and anyone else unwilling to give up their privacy."

The company says that file transfer and storage on the device, as well as web search and browsing, are all totally secure. It also says that users can send text messages or make voice/video calls "freely knowing that your conversations are off the grid of surveillance." Numerous privacy apps are also pre-installed along with "years of key security subscriptions". 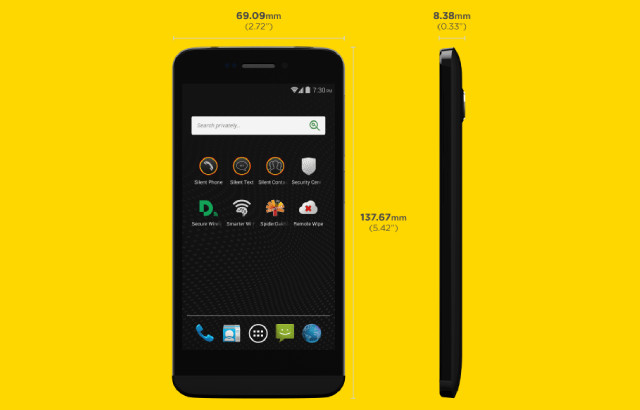 Aside from its security features, Blackphone includes a 2GHz quad-core NVIDIA Tegra 4i chipset, along with 1GB of RAM and 16GB of onboard storage, with a microSD slot supporting cards up to 128GB. Up front, there's a 4.7-inch HD (1280x720px) display and a 5MP selfie-cam, and on the back, you'll find an 8MP camera with LED flash.

Pre-orders for the device opened in February, priced at $629 plus taxes and shipping, and the device "sold out quickly" according to its makers. Indeed, such has been the demand that it will be another two weeks before the company begins accepting new orders, from July 14.