In January, Blizzard announced that it was going to make some rather large gameplay changes to Diablo III, based on feedback from the current closed beta to the upcoming action-RPG game. Now, Blizzard's director for Diablo III, Jay Wilson, has posted up a new article on the game's official web site that goes over Diablo III's revamped skill and rune system.

As far as the skill system, one of the things that Blizzard added was placing skills in three different categories: Primary Attack, Secondary Attack, and Defensive. Wilson says, "We used this methodology to help us design the classes and their skills, but we weren’t exposing this to the player despite the fact that these categories would give the player, like they did our own team, a better understanding of how the classes work." 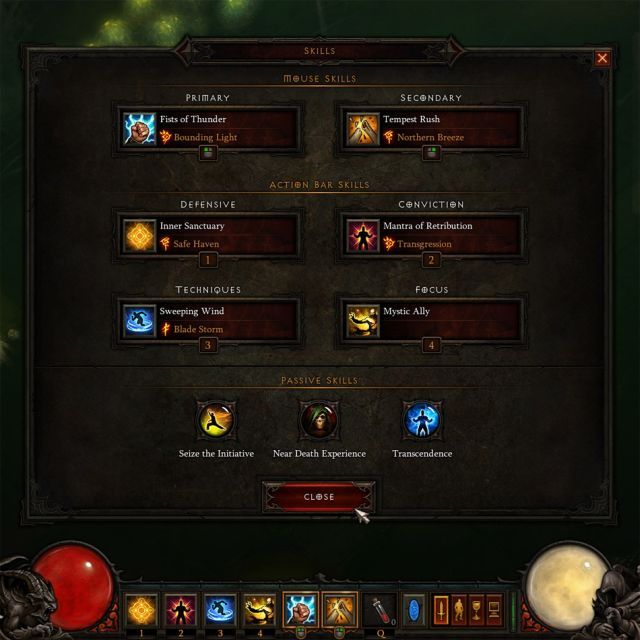 There's also been a change in the skill system's UI. Blizzard gave players in the beta the freedom to choose any skill in any slot but that might have given them too much freedom. Now Blizzard is linking skill selection into Diablo III's bottom bar UI which will provide the player with a list of skills to use for each of the six slots. For players who want more freedom to select skills, Diablo III has now added an Elective Mode that when activated gives players the freedom to put in any skill in any slot. 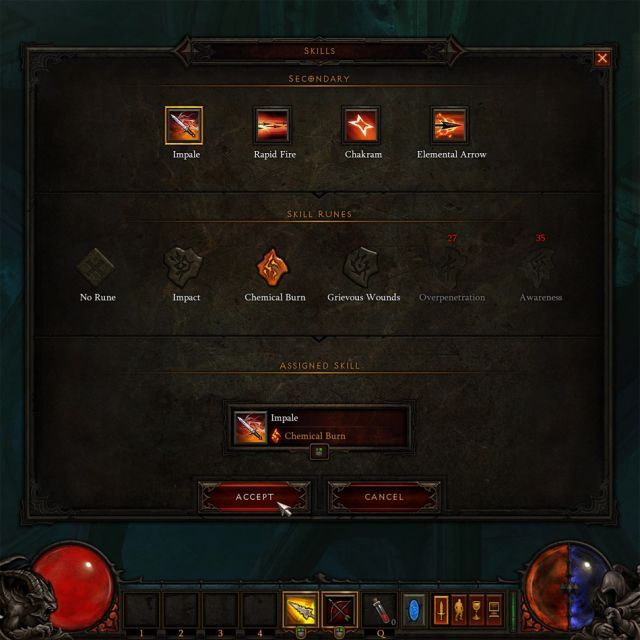 Blizzard has made even more changes to the rune system. For one thing, they are no longer in-game physical items but now part of the skill system. Indeed, the runes are now called "skill runes". Wilson says:

Now, when you open the skill window, you’ll choose which skills you want in which slots, the skill rune variants you’d like, and your passives. All of this is done directly through the UI, and all of the options from the skill, skill rune, and passive systems are unlocked through character leveling progression, leading to a cleaner overall integration of these systems. Just as we set different skills to unlock at specific levels, skill rune choices unlock at different levels as well.

One of the benefits of this new "skill runes" system is that players will be unlocking at least one, and usually more than one, skill or rune when they reach a new level, up to level 60.

The changes to the skill and rune systems should be available for people who are in the closed beta test of Diablo III. The game is currently set to be released sometime in the second quarter of 2012.