Minecraft, the blocky digital world in which you can build pretty much anything you can imagine, started out on the PC, but has since jumped to other platforms, including Xbox and PlayStation. But now the phenomenally popular game is set to make the jump to the big screen, with news of a deal to produce a Minecraft movie. 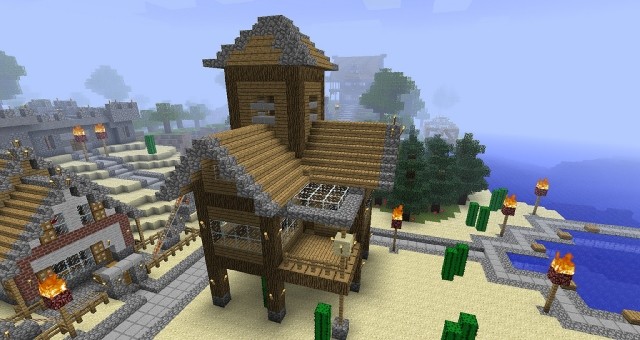 Deadline Hollywood was first to break the news that Warner Bros has acquired the movie rights. They reported that the studio intends to produce a live-action movie, rather than an animated film. While the production has reportedly attracted a good deal of interest in Hollywood, the project remains in the preliminary stages, and a release is not yet confirmed.

Markus ‘Notch’ Persson, creator of Minecraft, confirmed to The Guardian that discussions about the movie are ongoing. However, he also insisted that he and his game studio, Mojang, will retain some measure of creative control over the project: “I can tell you that signing a ‘do whatever you want to this IP’ movie rights deal doesn’t seem like something Mojang would do.”

What do you think about the prospect of a Minecraft movie? Do you think a live-action movie will work, or would you prefer an animated one? And any ideas on what the plot might be? Let us know your thoughts below!