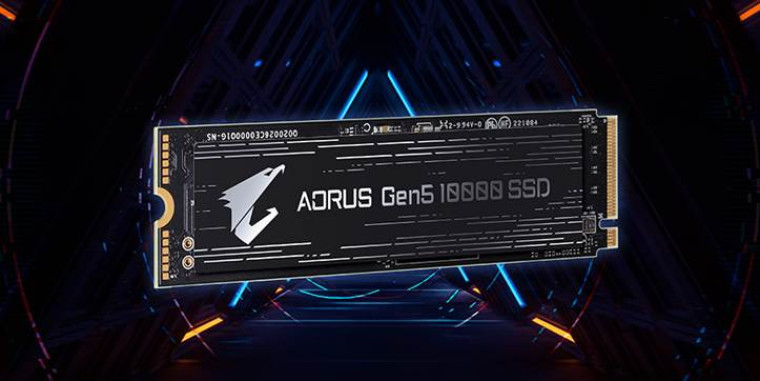 PCIe 5.0 support was first introduced with Intel's 12th Gen Alder Lake and LGA1700 platform. The actual utilization though has been very limited since devices based on the Gen5 PCIe are rare. There are currently no consumer GPUs with support for the interface and NVMe SSDs are just starting to roll out.

But with the upcoming AMD Ryzen 7000 series processors also set to support the technology, the adoption is likely to grow and more storage makers are going to produce more Gen5 drives. Intel, too, will continue the use of the interface on its upcoming 13th Gen Raptor Lake CPUs.

However, buyers must be careful. Those who are looking forward to purchasing a PCIe Gen5 SSD must be aware that different drives are advertising different maximum read and write sequential speeds.

For example, the Gigabyte Aorus Gen5 10000 NVMe SSD - which was launched last month - is rated for 12.4GB/s of sequential reads and 10GB/s of sequential writes. Meanwhile, the Corsair MP700, which is also a Gen5 NVMe drive, is rated for ~10GB/s and ~9.5GB/s respectively. The reason for the difference is speed of NAND Flash interface used. While the Aorus 10000 uses faster 2400MT/s, the MP700 is based on something slower, likely 1600MT/s.

According to Tom's Hardware, the production yields of 2400MT/s NAND is currently in short supply which means initially, most of the SSD models are likely to come with slower speeds. Meanwhile faster products like the Aorus 10000 maybe rarer for the time being, though things are expected to improve early next year. In fact, we could see even faster NVMe drives running at around 14GB/s.