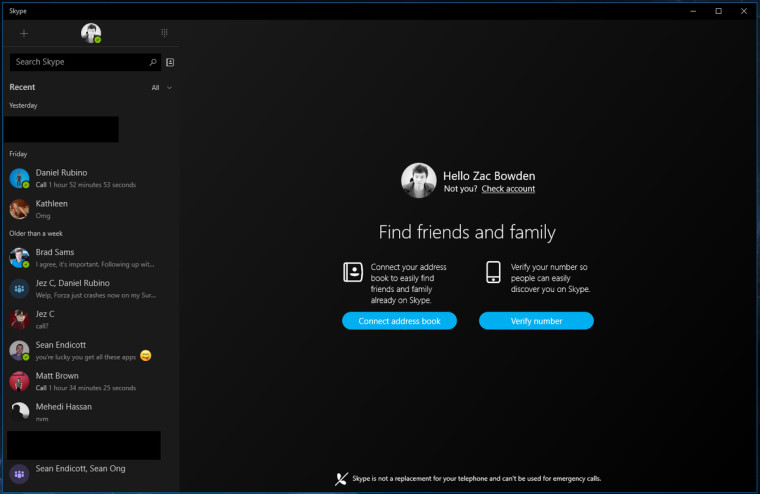 Microsoft has recently launched the next generation of Skype, featuring a fresh design and more social features, on both Android and iPhone. A new Insider update for the Windows 10 UWP app is out now and features some minor UI changes, preparing for the impending major refresh that is also coming to Windows 10.

The new update does not change much in general, although you will notice the removal of the hamburger menu, which has now disappeared from the app on both Windows 10 PCs and phones. 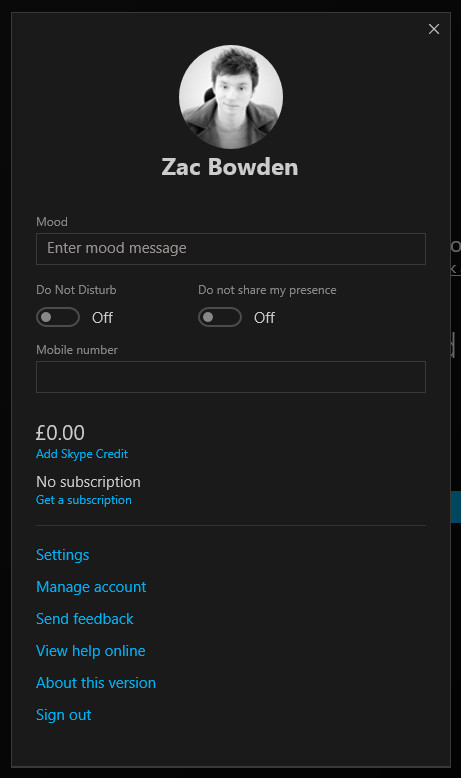 Another small change is that some sections of the app, like a contact’s profile information, are now displayed in their own window. The new update bumps the version number to 11.19.805.0 and is available to Insiders in the Release Preview ring.