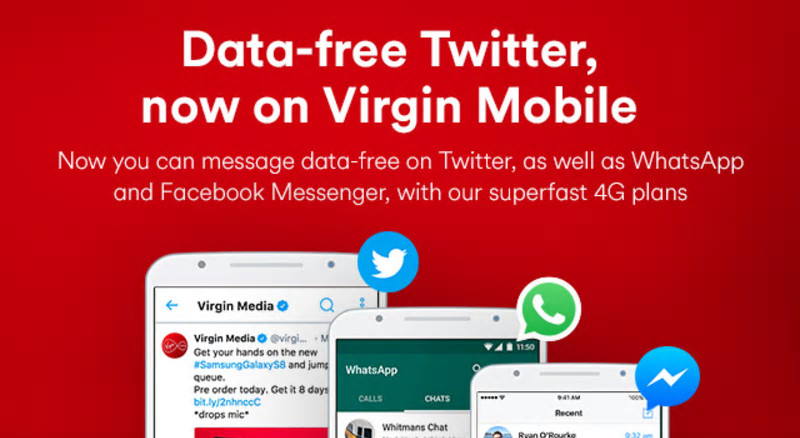 Virgin Mobile has introduced a new perk for its customers in the UK, making Twitter usage free on their mobile devices - but there is an important exception to be aware of.

The UK carrier - which operates using EE's physical network - already offers 'data-free' usage of WhatsApp and Facebook Messenger as part of its 4G plans. Virgin Mobile was extraordinarily late to the 4G era, having only launched its 4G service in November.

The new 'data-free Twitter' offering is broadly similar to those for WhatsApp and Facebook Messenger. However, Virgin Mobile says that "customers can use all of the features on the Twitter app" without eating into their data allowance... "with the exception of live video content". Given that limitation, it's a relief to see that Virgin avoided using the word 'unlimited' anywhere in its press release today.

This means that if you want to use the live video feature on Twitter, that data usage will still come out of your monthly allowance. That makes this new offering a little less appealing - but many customers will no doubt still appreciate the other free usage.

Not everyone is likely to think the new data-free Twitter deal is a good thing, though. Net neutrality proponents generally oppose such deals, as they tend to favor certain products and services over others, which campaigners believe hinders competition, and disadvantages consumers.