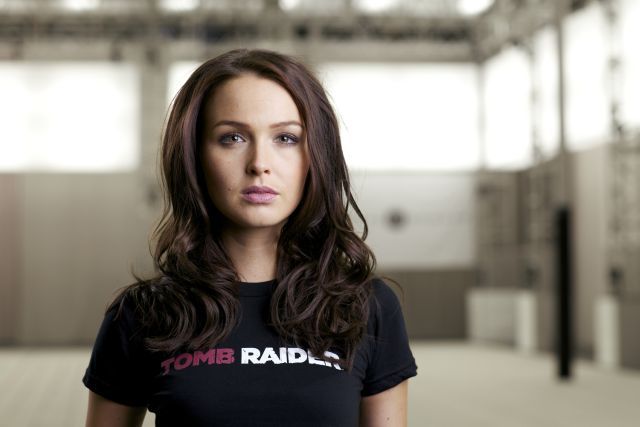 Lara Croft officially has a new voice. The official Tomb Raider Facebook page has revealed that developed Crystal Dynamics and publisher Square Enix has hired actress Camilla Luddington to handle the voice role for the lead role in the upcoming reboot of the Tomb Raider game franchise. She will be meeting fans to discuss the role in July as part of the San Diego Comic-Con event.

The UK-born Luddington is perhaps best known for playing Catherine Middleton (now known as Catherine, Duchess of Cambridge) in William and Kate. The TV movie about the romance between Middleton and Prince William was first broadcast just a few days before the real couple married in April 2011. Luddington has also appeared as a guest star in a number of American TV episodes and had a recurring role on Californication. She is scheduled to appear in another recurring role on True Blood later this summer.

In announcing the news, Darrell Gallagher, head of studio at Crystal Dynamics, stated, "This has been one of the most important jobs for us to get right. This Tomb Raider game is very different to any other and we are demanding far more from the voice and performance acting than ever before as we take the franchise in a new direction.”

The reboot of the Tomb Raider series, featuring a young and inexperienced Lara Croft, is currently scheduled to be released in the first quarter of 2013.