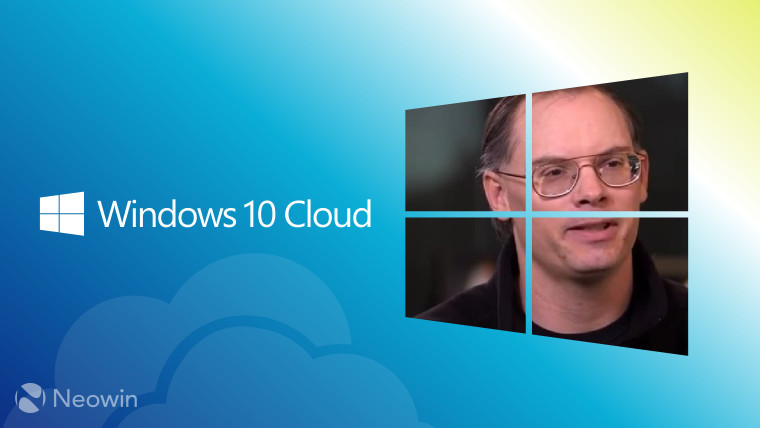 Going back almost a year, Epic Games co-founder Tim Sweeney has been on the attack against Windows 10. He called it a walled garden, and a few months later, he formulated a theory that Microsoft will gradually update Windows to break Steam over the course of five years.

Sweeney's latest target has been Windows 10 Cloud, a version of Windows that Microsoft hasn't even announced yet. The OS will only run apps that come from the Windows Store, which means that Win32 games from Steam won't work.

A week ago, Sweeney took to Twitter to call it 'Windows 10 Crush Steam Edition'. He hasn't stopped tweeting about it since then. Here are some highlights:

Update: Windows Cloud will steal your Steam PC game library and ransom it back to you...for a price. Source: https://t.co/Wc8xihRaCo

Want to buy software from someone other than Microsoft? They will make you pay for the privilege. Disgusting and ILLEGAL!

That was from a few days ago, but it's worth noting that the idea that you can only get apps from Microsoft is a conspiracy theory. As mentioned above, Windows 10 Cloud hasn't even been announced, so nothing is for sure yet; however, from the build that leaked last week, it appears that users will still be able to sideload UWP apps, or buy them elsewhere.

In other words, it's Win32 apps that are blocked, and not necessarily the ability to install apps from outside of the Windows Store.

Windows Cloud is ransomware: It locks out Windows software you previously bought and makes you pay to unlock it by upgrading to Windows Pro.

Calling the OS ransomware is, as usual for Sweeney, hyperbolic. It's not like you're going to go and update your Windows 10 PC and end up with Windows 10 Cloud and no access to the apps that you've been using. This is something that you'll get on a new PC, and likely one that sits on the lower end, so you're probably not thinking about heavy-duty PC gaming anyway.

At this point, Windows 10 Cloud seems like it will be an OS that's free for OEMs to license, and if an individual wants more functionality from their new PC, they can purchase the license themselves. Sweeney's argument seems to imply that the OS will somehow be forced upon users.