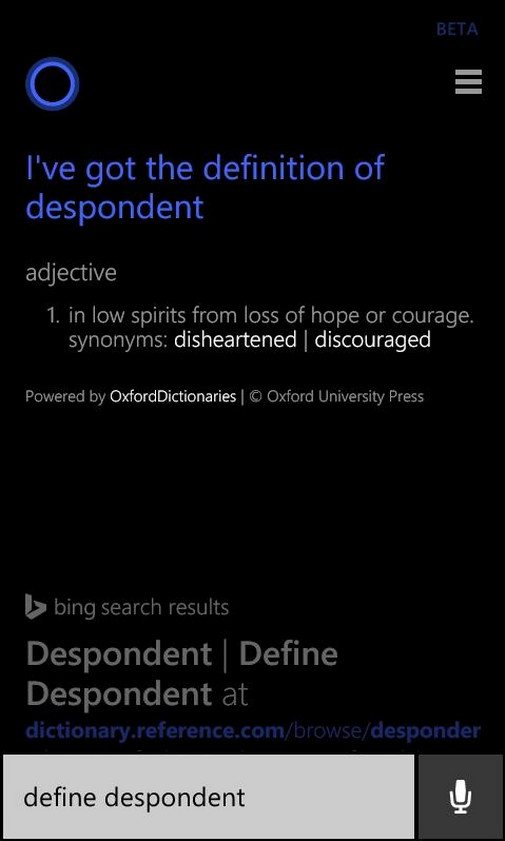 Microsoft's personal digital assistant, Cortana, is gaining new features at a rapid pace. With Microsoft committing to updating the feature at least twice a month, it's a service that is constantly evolving.

In this edition of 'What can Cortana do now?", it looks like defining words has been recently added to service. Admittedly, we don't really know when this was added but a quick Google Bing search didn't show anything on the topic, so here you go. To have Cortana define a word, simply say "Define (insert word)" and she will go out and fetch the relevant information.

As noted by out tipster, this feature is quite handy for those trying to learn the English language. Because the results come back quickly, it's far faster than using Bing or Google to find the definition.

It is worth pointing out that this feature may not be available in all areas as our UK editor tried it on his phone but Cortana would not return a word definition when prompted.