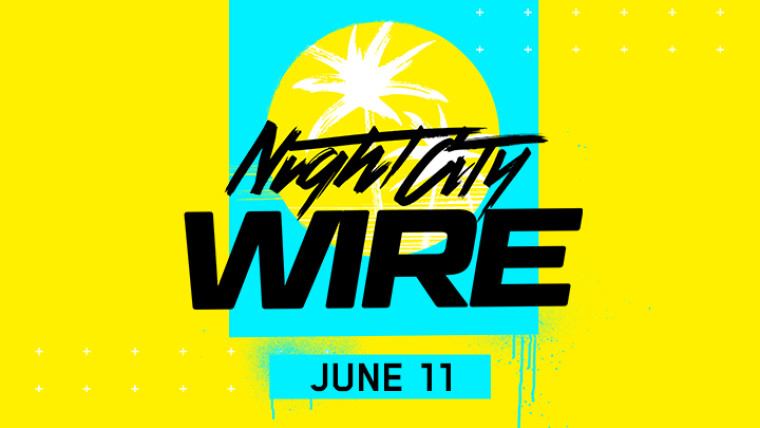 More news of some sort regarding Cyberpunk 2077 is coming out of CD Projekt RED on June 11. Today, the official Twitter account of the highly anticipated game teased a vague "Night City Wire" event that will take place on that date.

The CD Projekt RED global community lead Marcin Momot provided some much-needed clarity regarding the mysterious event that's over a month away, saying "Stuff will be shown!" Teasing aside, we could see another gameplay showcase land during this event, considering an E3 presentation isn't possible this year, perhaps focusing on so far unseen parts of Night City that players will explore in the game.

The recently announced Summer Game Fest seems to be connected to this digital event too. Conceived by Geoff Keighley, host and creator of The Game Awards, the initiative brings together many major publishers and developers under one umbrella for delivering news and announcements. Interestingly, June 11 is the same day EA plans to host its EA Play Live digital event heralding its own announcements.

Cyberpunk 2077 is slated to land on PC, Xbox One, and PlayStation 4 on September 17, 2020. Also, Microsoft is planning to push out its last ever limited edition Xbox One X console in June, which will be themed after the CD Projekt RED-developed RPG.