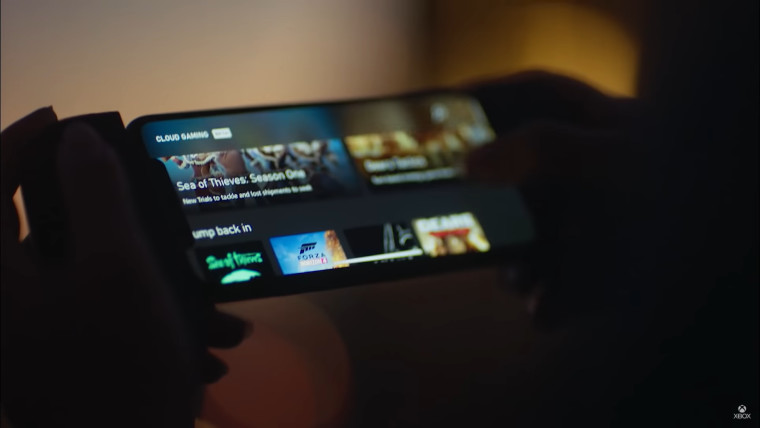 The Verge has spotted a number of emails released during the Epic vs Apple trial that reveal interactions occurring between Microsoft and Apple executives during a time in which Microsoft attempted to release triple-A Xbox exclusive games as iPhone apps that would utilize Xbox Cloud Gaming.

Sifting through the email exchanges, it is apparent that Microsoft was willing to abide with numerous policies and make changes as to meet Apple's demands. Had this endeavor proved successful, several triple-A Xbox exclusive titles would be available on the App Store, streamed through the Xbox Cloud Gaming (xCloud) platform.

Due to Apple's App Store policies, Apple requested that Microsoft release every game individually in the App Store as opposed to offering one app acting as a library of the numerous games available for streaming. Surprisingly, Microsoft had considered conceding to Apple's demands of releasing each game as a separate app.

While an agreement was almost reached, negotiations between the two corporations fell through and, as has been reported, xCloud-based gaming did not launch as separate apps in the App Store but instead as a webapp. Microsoft decided against releasing the apps separately, stating that:

"Our proposal for bringing games through individual apps was designed to comply with App Store policies. It was denied by Apple based on our request that there be a single streaming tech app to support the individual game apps, as the initial email states. Forcing each game to include our streaming tech stack proved to be unrealistic from a support and engineering perspective and would create an incredibly negative experience for customers," reads a statement from Xbox Cloud Gaming CVP Kareem Choudhry to The Verge.

Apple, however, seemed more concerned with how in-app purchases would work across Microsoft's suggested ideas, stating that:

"Unfortunately, Microsoft proposed a version of xCloud that was not compliant with our App Store Review Guidelines, specifically the requirement to use in-app purchase to unlock additional features or functionality within an app," reads a statement via Apple spokesperson Adam Dema.

Microsoft continues to expand its cloud streaming service to more regions of the world and improve it while also expanding it to more platforms, despite all the hurdles it has faced so far in doing so.