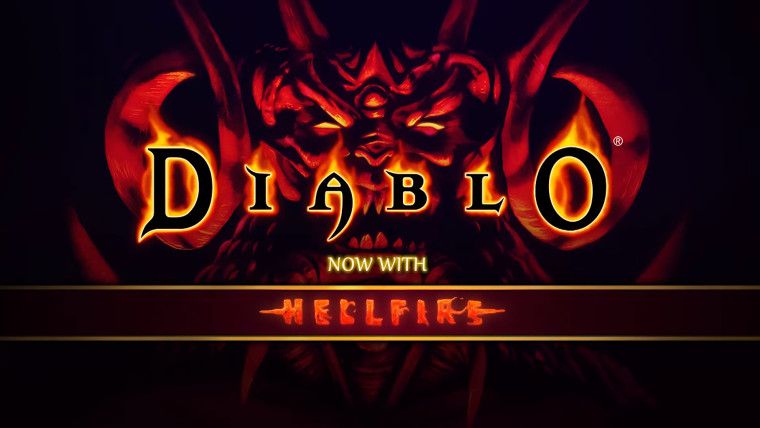 Back at the beginning of March, Activision-Blizzard and GOG surprised folks by unveiling that the latter would be selling the original Diablo DRM-free on its storefront. Later that month, Warcraft I and Warcraft II followed, with GOG selling them both individually and as a bundle.

However, folks who got Diablo on the CD Projekt-owned storefront were quick to wonder where the Hellfire expansion for the title was. Said expansion is now available as a free add-on for all those who purchase - or have purchased - the DRM-free base game.

Hellfire, for those unaware, was not made by the same people who made the classic ARPG title, and therefore was not an officially endorsed product. It was developed by Synergistic Software and published by Sierra On-Line. Nevertheless, Blizzard has decided that the add-on being in legal limbo was of help to nobody, and gave its blessing for the GOG release. The description on the store page reads:

Originally developed by Synergistic Software and released in 1997, Hellfire was not an official Blizzard product and did not carry Blizzard’s endorsement or label. Despite that, in response to Diablo players who have expressed a desire to experience the content, Blizzard has given the OK for it to be included as a free add-on with Diablo purchases on GOG.COM.

Hellfire offers a non-canonical single-player storyline where players must defeat a powerful demon named Na-Krul who is threatening Tristram. The expansion also adds a Monk class, new weapons and items, new missions, locations, dungeons, and enemies. Hellfire will be accessible while launching the original Diablo.

Folks who want to snap up this classic Blizzard title are in luck, as GOG's Summer Sale Festival is in full swing until June 17, and Diablo has a 10% discount applied.