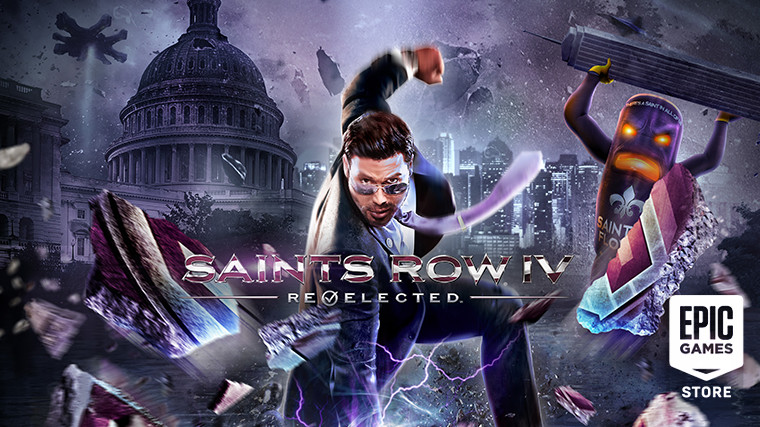 It is giveaway time on the Epic Games Store again, and like clockwork, two more games have become free to claim for PC gamers. This time, to replace last week's Fort Triumph and RPG in a Box, copies of Saints Row IV Re-Elected and Wildcat Gun Machine have arrived.

The over-the-top open world action series' fourth entry has you becoming a superhero to save Steelport from an alien invasion. A game update is enabling cross-play across all platforms today too, offering even more players access to the two-player cooperative campaign.

Here's how the developer Volition describes this entry:

You're the President now! The Saints have gone from the Penthouse to the White House - but Earth has been invaded and it’s up to you to save it with an arsenal of superpowers and strange weapons, in the wildest open world game ever.

Also free right now is Wildcat Gun Machine, a bullet hell dungeon crawler that was only released in May of this year. The game offers over 40 guns with unique abilities and super abilities to upgrade, all to take down the hordes of hideous flesh monsters in the way.

Wildcat Gun Machine is an explosion roller coaster ride! Enter a bullet hell dungeon crawler where you take on hordes of disgusting flesh beasts with a wide variety of guns, giant mech robots, and cute kittens.

You can now claim Saints Row IV Re-Elected and Wildcat Gun Machine for free from the Epic Games Store until next Thursday, December 15. On the same date, Epic will restart its daily giveaways promotion to finish off the year.