On Friday, July 29, Microsoft celebrated the first anniversary of its Windows 10 launch. Over 350 million devices are running its new OS, many of them older PCs that switched from Windows 7 or 8.1, thanks to the company’s free Windows 10 upgrade offer, which ended on the same day.

Now, Windows 10 is about to reach another important milestone, with the rollout of its second major update to the OS – the first since the November Update (Version 1511) was released.

On Tuesday, August 2, Microsoft will begin rolling out the Windows 10 Anniversary Update (Version 1607) to PCs and phones. The update has already been released for the Xbox One in recent days, albeit under different names, referred to by Microsoft as both the ‘Summer Update’ and ‘August Update’.

The Anniversary Update has been in development for months now, as the first release from the Windows 10 ‘Redstone’ development branch. Microsoft said on Friday that it has made 28 Redstone 1 preview builds available to Windows Insiders on PCs, and 20 builds for phones. The ‘final’ release build for both sets of devices is 14393, which was bumped up to 14393.5 following a couple of cumulative updates to address some lingering issues.

Microsoft says it's worked through over 70 million pieces of feedback from Insiders in 2016, making more than 5,000 improvements to the OS, from new features to UI changes and bug fixes. And in a few weeks, the process will begin again, as Microsoft begins rolling out the first Redstone 2 preview builds. 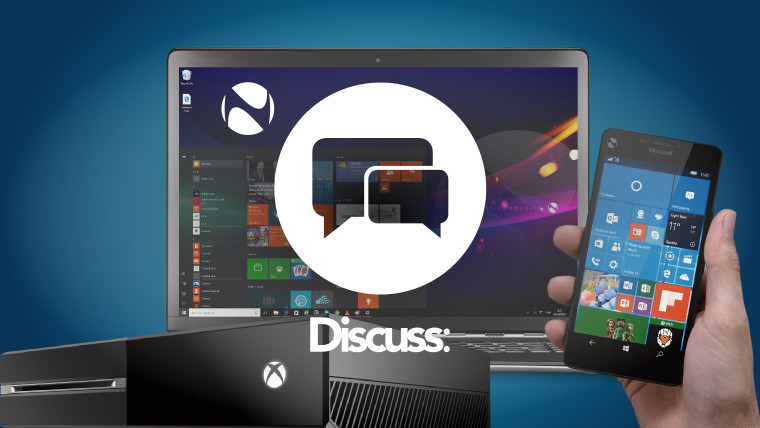 But before then, the Anniversary Update will make its way to millions of devices worldwide - and we’re eager to hear your thoughts on this latest version of Windows 10.

Has Microsoft squashed all those bugs, or are you still encountering problems? Is the user experience exactly what you hoped it would be, or do you think there’s still room for improvement? Are there any ‘missing’ features that you were keen to see in this update? Or are there perhaps some features that don’t work quite as well as you think they should? And ultimately, do you think the Anniversary Update is ready to roll out?

Whether you’ve been testing the Anniversary Update on a desktop, notebook, tablet, phone, or Xbox One, be sure to share your thoughts with us in the comments below.