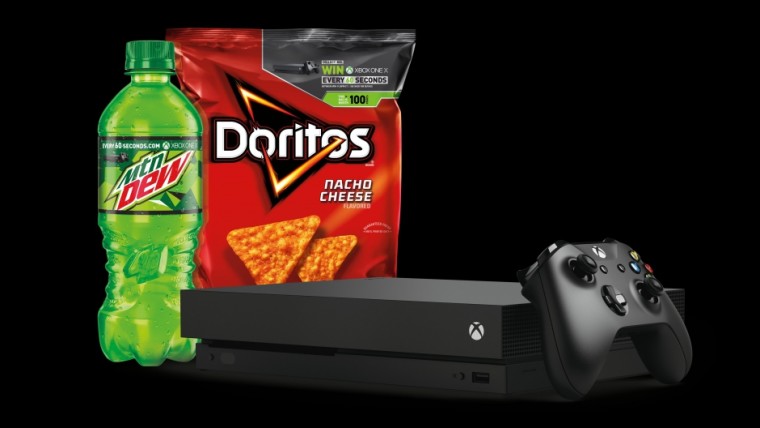 Early last month, Microsoft announced a partnership with Taco Bell to offer fans a chance to not only get a free Xbox One X, but get one before the console goes on sale in November. For anyone wanting more opportunities to win the One X, today is your lucky day.

In a partnership made between Mountain Dew, Doritos, and Microsoft, fans will have an opportunity to win the upcoming console. Unlike the Taco Bell giveaway, there are multiple ways to nab the Xbox One X.

According to Microsoft, you can enter to win by doing the following:

Both Mountain Dew and Doritos are said to be offering more chances to win an Xbox One X beyond this banked code giveaway so, if you're wanting to go all-out to find a way to win a console, this and the Taco Bell contest won't be your only opportunities. At this time we're only able to verify that the contest is happening within the United States.