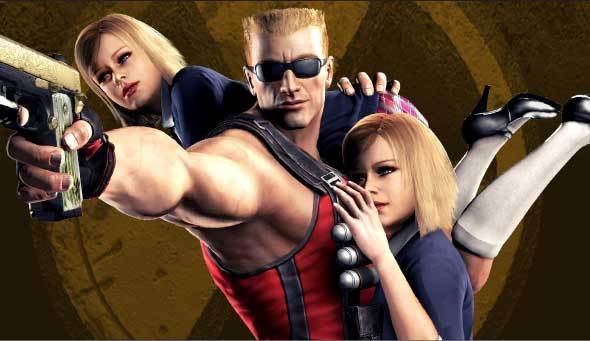 Today hell has frozen over, pigs can fly and the Firefly TV series has been revived. Ok, none of those things actually happened but one thing did: Duke Nukem Forever has finally been released after 15 years of development. Developers Gearbox Software, Triptych Games and Piranha Games took over from the game's original developer 3D Realms when that team laid off its development team in 2009.

Even with the high first week sales the reviews for the game have overall not been too kind. You can read our own review of Duke Nukem Forever but its not alone in offering disappointing views of the game. Giant Bomb gives the game just two out of five stars, saying, "Duke Nukem Forever is a sad mess of a game, but hey, at least it finally came out, right?" Another review comes from GamePro who states, "Like reuniting with a close friend after many years apart and then discovering how they've gone nowhere with their life, Duke's return is a sad engagement that makes you wish you had left the past where it belongs."

One of the most positive reviews of the game comes from the US version of PC Gamer. It gives the game an 80 out of 100. Its review states, "I’m sure that years of anticipation will spoil Duke Nukem Forever for some—there’s no getting around that at the end of that long road is only a good game and not an amazing one. It is what it is. He may not be at the top of his game, but even after all this time, Duke still knows how to party."