Posting threats on Twitter, even as a joke, can have some very serious consequences. That's the lesson that a 14-year old Dutch girl from the Netherlands is learning today after she was arrested and charged with making a threat against American Airlines.

The girl, who used the name "Sarah" on her Twitter account, posted up the following message over the weekend to the official American Airlines feed, according to Business Insider: 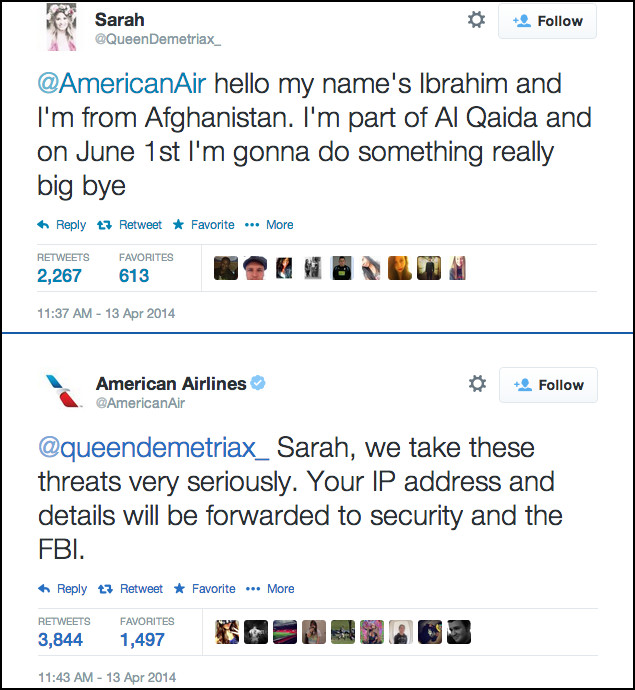 Needless to say, American Airlines took "Sarah's" note seriously, even after she quickly posted follow up messages that her first tweet was a joke that was made by a friend of hers.

Today, the Rotterdam Police announced on their own Twitter feed that the 14-year old had been arrested in connection with the American Airlines threat. A spokesperson for the department told Business Insider, "We're not in a state that we can communicate any state of charges at this point. We just thought it was necessary to bring this out mostly because of the fact that it caused a great deal of interest on the Internet."