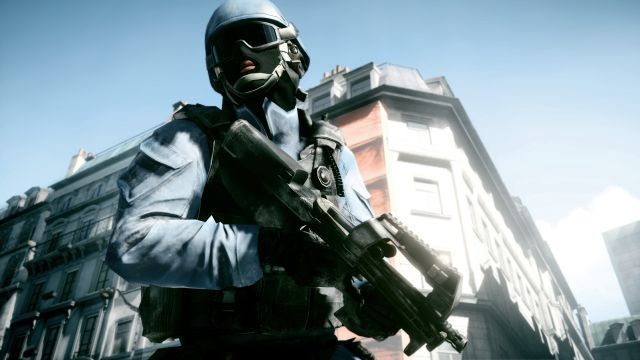 About a month ago a web page on the official Battlefield 3 web site briefly showed a list of all of the retail and download sites that the upcoming first person shooter could be purchased. A huge omission on that list was Steam, Valve's PC game download service which is by far the biggest of the PC game download sites with 30 million registered users. The web page was quickly removed and neither Valve nor Battlefield 3's publisher Electronic Arts commented at the time about Steam not appearing on the game's retailer list.

This week in a post on the Battlefield 3 message boards, an EA rep confirmed that the game would in fact not be released on Steam. The message states, "Unfortunately, Steam has adopted a set of restrictive terms of service which limit how developers interact with customers to deliver patches and other downloadable content. No other download service has adopted these practices." It added, "We are intent on providing Battlefield 3 players with the best possible experience no matter where they purchase or play their game, and are happy to partner with any download service that does not restrict our ability to connect directly with our consumers. We hope to work out an agreement where Steam can carry Battlefield 3."

Valve has yet to comment about EA's allegations. Earlier this year the publisher pulled two more of its PC games off of Steam, Crysis 2 and Dragon Age 2. As before, EA said Valve's alleged restrictions on how it handles patches and downloadable content were the reason. So far, no other game publisher has pulled games off of Steam for the reasons EA has described.